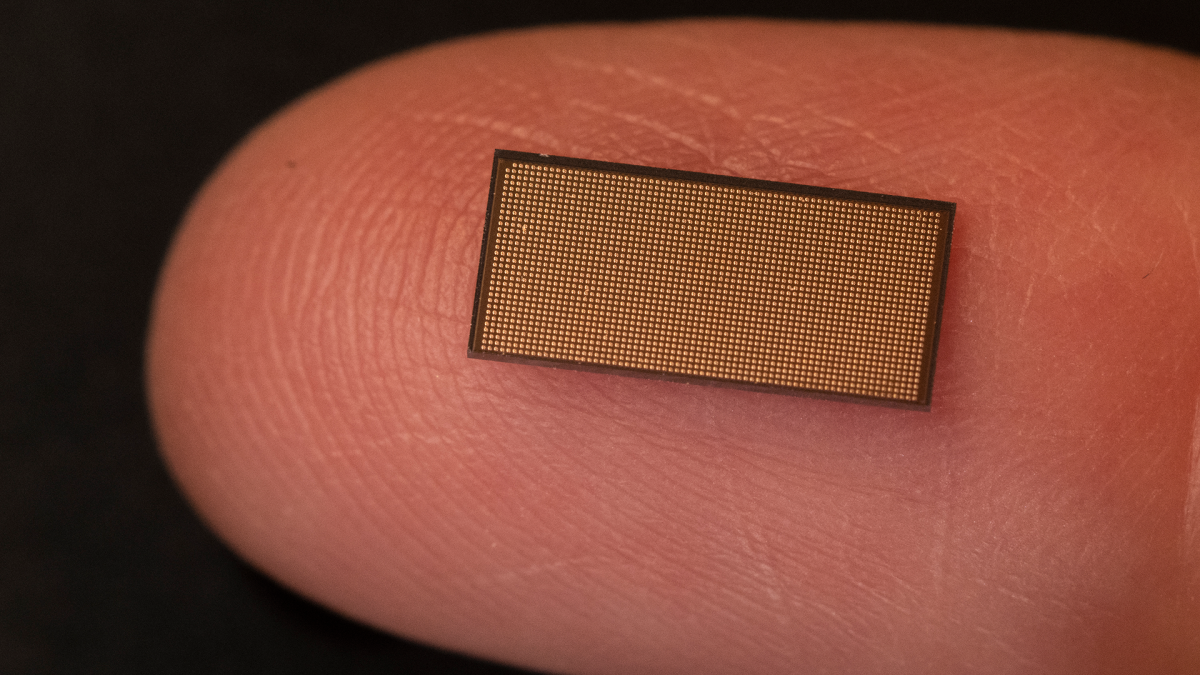 The brain is perhaps nature’s most complex and perfect invention. To emulate it in silicon, Intel will use its next-generation Intel 4 technology that relies on Extreme Ultraviolet Lithography (EUV), the most sophisticated chip-making technology invented by mankind, to create the Loihi processor. 2.

The original Loihi was announced in 2018, it was made using the proven 14nm node and featured 128,000 neurons and synapses. With its successor, Intel goes much further.

The new Loihi 2 chip integrates up to 1 million neurons that can provide processing up to 10 times faster than the original Loihi. The Loihi 2 not only brings higher performance, but also features a considerably more flexible architecture, which will open the doors to new types of neuromorphic applications.

The Loihi 2 uses fully programmable neurons that can be assigned up to 4096 states depending on the model (instead of 24) and organizes them into 128 neuromorphic cores connected by a network on a chip (NoC) that allows communication in the form of point. messages. Each core has its own 192KB of SRAM (i.e. approximately 25MB of SRAM) with programmable partitioning to further improve processor flexibility and programmability as well as main memory utilization.

Other enhancements to the Loihi 2 architecture include support for three-factor learning rules and better synaptic compression (internal interconnects) to enable faster internal data exchange. It should also be noted that Loihi 2 has off-chip parallel interfaces (which support the same types of compression as internal synapses) which can be used to extend an on-chip mesh network across multiple physical chips to create a system. extremely powerful neuromorphic computing. Meanwhile, to simplify the integration of Loihi 2 into conventional systems, the chip has 10GbE, GPIO and SPI interfaces.

The new Loihi 2 chip also features a chip size of 31mm2 and contains 2.3 billion transistors, which means it offers a neural density 15 times that of the original Loihi because it is manufactured using the company’s pre-production Intel 4 process technology that takes advantage of EUV lithography. We will refrain from making any assumptions about the density of transistors that Intel is examining with its I4 node, but a neural density 15 times that of the company’s 14nm node is pretty impressive. Although the company has not announced its intention to sell Loihi 2 in large quantities in the near future, it still says it is the first Intel 4 chip “released for external use”, which could indicate the status of Intel node I4 at the moment.

Intel will undoubtedly use the experience gained with the production of the Loihi 2 to polish its Intel 4 manufacturing technology alongside the data it obtains by making experimental chips.