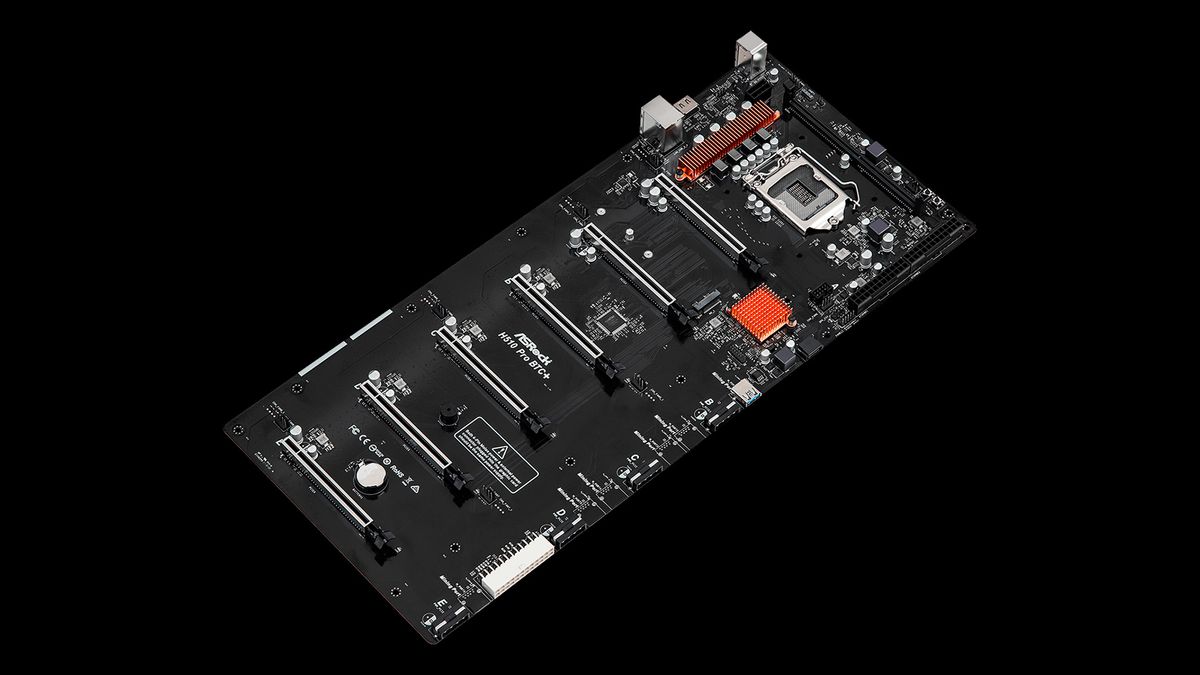 ASRock (via momomo_us) created a new motherboard for cryptocurrency miners. The H510 Pro BTC +, which arrives with the LGA1200 socket and H510 chipset, is ready to power your mining operations with the latest Comet Lake or Rocket Lake processors.

The biggest feature of the motherboard comes in the form of six PCIe 3.0 x16 expansion slots. However, only the primary PCIe 3.0 expansion slot offers x16 speeds, while the remaining expansion slots are limited to x1. The motherboard allows you to connect up to six graphics cards to mine cryptocurrency. An additional USB extraction port increases the number to seven.

Leaving aside the expansion slots, the H510 PRO BTC + is truly an austere motherboard. It has a very modest four-phase power supply subsystem, but the motherboard has 50A power chokes. However, it only has one DDR4 memory slot. You’re limited to 32GB of total memory and memory speeds up to DDR4-3200 on Rocket Lake and DDR4-2933 on Comet Lake. However, there is support for ECC memory modules if that’s your thing.

You only have two options for storage. The SATA III port accepts any regular hard drive or SSD, while the M.2 slot houses SATA drives up to 110mm long. There is no audio chip on board the H510 PRO BTC +, so you will have to rely on the HDMI 1.4 port.