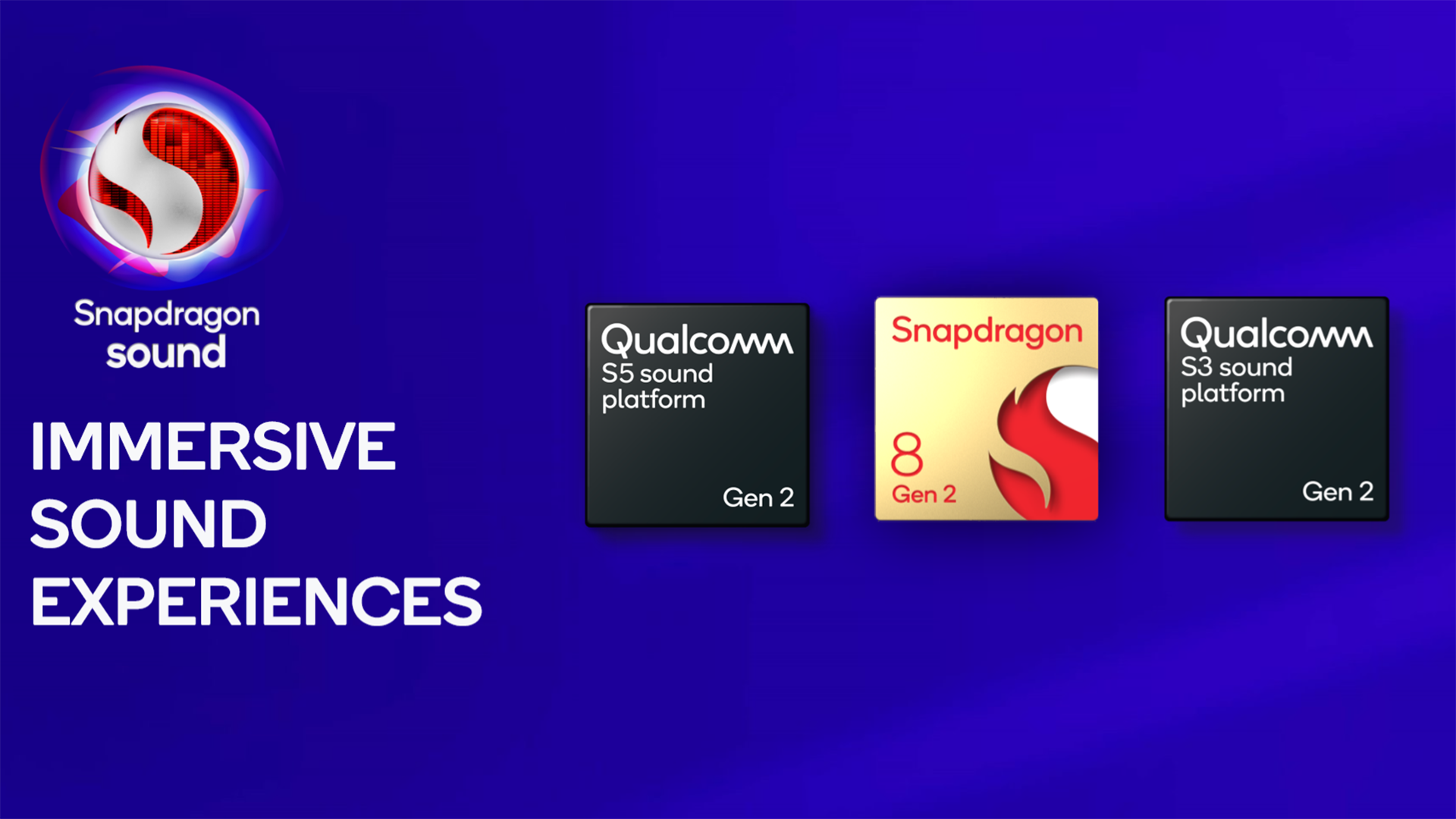 The annual Snapdragon Summit is currently taking place in Hawaii. Yesterday was the big day with a keynote and the launch of the new Snapdragon 8 Gen 2 processor. Today, however, the company has even more to share.

The company launched a variety of products, including the Qualcomm Snapdragon AR2 Gen 1, second-generation S5 and S3 sound platforms, and revealed the name of its next-generation cross-platform processor core known as Orion. Let’s go!

Inside some headphones and earbuds you will find Qualcomm chips. Newer models of these audio devices come with Snapdragon Sound branding, which Qualcomm wants to be as familiar as THX, Intel Inside, and more. With today’s announcement, the company is expanding its portfolio, improving spatial audio capabilities and, for the first time, expanding its platforms to bring Snapdragon Sound to speakers.

Dynamic Spatial Audio is probably the most exciting announcement here. This will support head tracking, so the sound will dynamically change as you move. This could be a huge boon for gamers as it would allow for much more immersive experiences, especially when combined with the possibility of wireless latency down to just 48ms. Plus there’s the familiar aptX Lossless Bluetooth, LE Audio and improved adaptive noise-cancellation staples on board.

The Snapdragon S5 Gen 2 and S3 Gen 2 chips are also for speakers for the first time. Qualcomm didn’t specify any specific devices or manufacturers, but we should see them and the first earphones land in 2023.

The new Meta Quest Pro is a virtual reality (VR) headset powered by Qualcomm silicon. However, Qualcomm is aiming for augmented reality (AR) with the Snapdragon AR2 Gen 1.

This 4nm chipset is specifically designed for AR applications, including products such as smart glasses. Qualcomm expects future AR glasses to be wirelessly connected to a smartphone. The AR2 Gen 1 is designed to share the workload between the glasses chip and the phone processor, which should allow for more processing power when you need it, but also better battery life when you don’t have one.

With the AR2 Gen 1, Qualcomm is trying to address a bunch of issues that AR glasses are facing.

The AR2 Gen 1 is actually a distributed solution comprising several chips. The main processor is designed to live in the arm of a pair of smart glasses. Meanwhile, a secondary processor known as the AR co-processor would live in the bridge of the glasses and a third connectivity chip in the other arm, with Wi-Fi 7 capabilities. processing power, but also helps distribute heat more evenly and reduces the need for long internal wires.

This multi-chip approach should significantly reduce the size of AR glasses. This could solve one of the biggest problems with AR glasses, which is that they don’t look or match “normal” glasses.

So far, several companies are involved in this project, including LG, Lenovo, Oppo, Xiaomi, TCL, etc. We’ll have to wait and see what kind of products come with this new platform, but Qualcomm says it expects everything from development kits to industrial and even commercial devices.

Finally, the Qualcomm Snapdragon Summit included the announcement of Qualcomm Oryon. This is a new custom CPU core based on its acquisition from Nuvia. Oryon is set to replace its current Kryo processor, but will start in the Snapdragon Compute arena. Qualcomm already has a stake in 4G and 5G connected laptops and hardware, but Oryon aims to take that to the next level.

Overall, Qualcomm didn’t have much to say about Oryon. He did, however, mention that this would be the first step towards a single-platform solution. It’s possible that Qualcomm is moving towards merging the processors in its supported hardware portfolio. The end goal could be the fusion of smartphone/mobile, laptop, automotive and even AR/VR processors. Oryon could be our first glimpse of that future.

We are sure we will know more about Oryon in 2023!