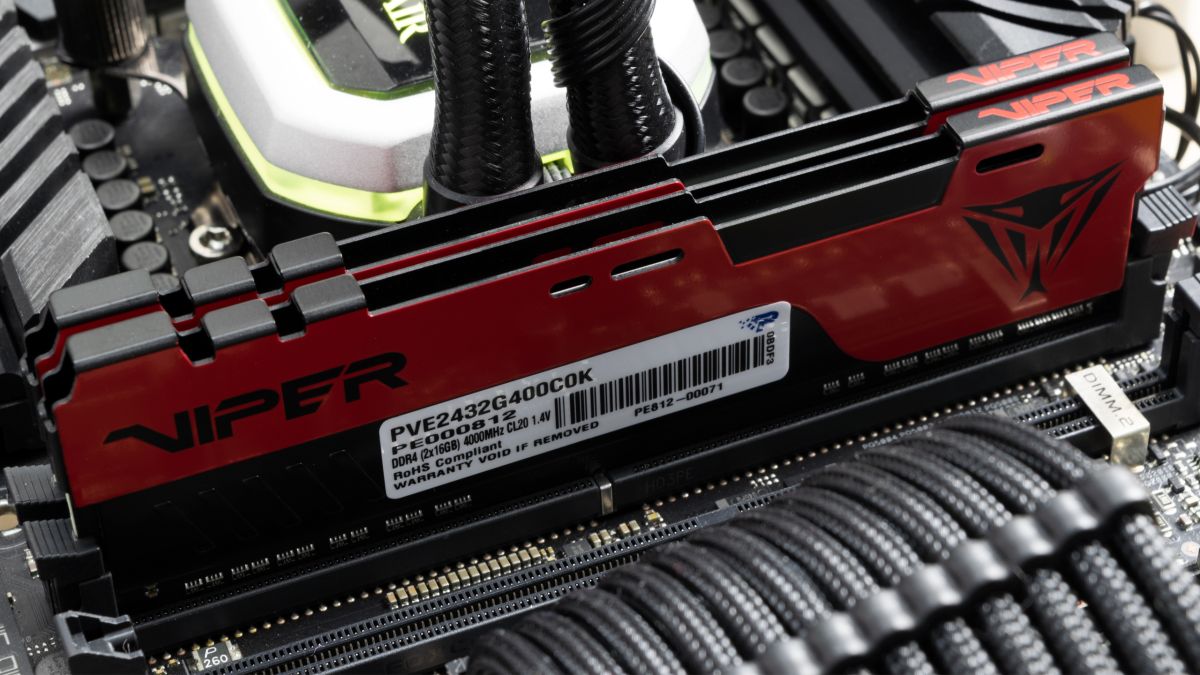 Virtually every piece of modern computer hardware has RGB lighting. The memory market, in particular, is filled with flashy memory kits, and it is to the point that it is getting harder and harder to find normal kits. Fortunately for “purists,” Patriot recently launched its Viper Elite II series, the follow-up to the brand’s Viper Elite line. The Viper Elite II not only aims to carve a spot on our list of the best RAMs, but the series also seeks to capture consumers who still appreciate a good old-fashioned design devoid of any shine.

The Viper Elite II memory module sports an aluminum heat sink with a black and red theme. The heat sink is a bit light in the hand, but it should perform its functions without a hiccup. The memory modules are 35 mm (1.38 inches) tall, so they are only a little taller than standard memory modules that do not come with a heat sink.

There is no RGB lighting on the Viper Elite II, so it relies on an aggressive design to stand out from the competition. Patriot has implanted the Viper logos on both sides of the heat sink as well as on the top of the heat sink.

The Viper Elite II’s default data rate and timings are DDR4-2666 and 19-19-19-43, respectively. With support for XMP 2.0, the Viper Elite offers two different profiles. The primary profile is for DDR4-4000 with 20-26-26-46 timings, while the secondary profile is for DDR4-3600 with identical timings. The former draws 1.4V, while the latter uses 1.35V. To learn more about timing and frequency considerations, check out our PC Memory 101 feature, as well as our story How to Buy RAM.

The Intel system uses the Intel Core i9-10900K and Asus ROG Maximus XII Apex processors, which run on firmware 0901. On the other side, the AMD system consists of the AMD Ryzen 9 5900X and the Asus ROG Crosshair VIII Dark Hero. The latter is on firmware 3501. Meanwhile, the MSI GeForce RTX 2080 Ti Gaming Trio is in charge of gaming RAM benchmarks,

The Viper Elite II found itself in the middle of the pack in our application performance chart. However, the memory kit ranked third in our gaming performance chart. It stood out in the Sandra 2020 memory bandwidth test, where it nearly overtook the Trident Z Royal DDR4-4000 C17.

The memory kit’s position in application benchmarks did not change when we tested it on the AMD platform. However, it did gain a position in the gaming performance chart. The Viper Elite II showed its best performance in the Microsoft Office benchmark, scoring a 26% margin between it and the slowest memory kit.

It was not possible to extract an additional frequency from the Viper Elite II memory kit. We tried using insane levels of DRAM tension and slackening the timings in the mid-1920s, but to no avail. We’re convinced that there isn’t even the slightest wiggle room for overclocking, but it could just be a lucky comeback in the silicon lottery. As always with overclocking, your mileage may vary.

The Viper Elite II DDR4-4000 C20 has an attractive design and an acceptable price, but average performance. Our tests showed that the memory kit’s loose timings did not allow it to stand out in any meaningful way. DDR4-4000 at CL20 is quite difficult to swallow, given that it sits at the bottom of the barrel in the DDR4-4000 category.

Patriot’s Memory Kit currently costs $ 195.99. It’s not the worst price in the market for a DDR4-4000 memory kit, but it is more expensive, especially since there should be no RGB tax. There are more interesting options in the Viper Elite II series, but this DDR4-4000 C20 memory kit just doesn’t offer the best bang for the buck.

SSDs Fail Almost As Often As Hard Drives, According To Backblaze Data