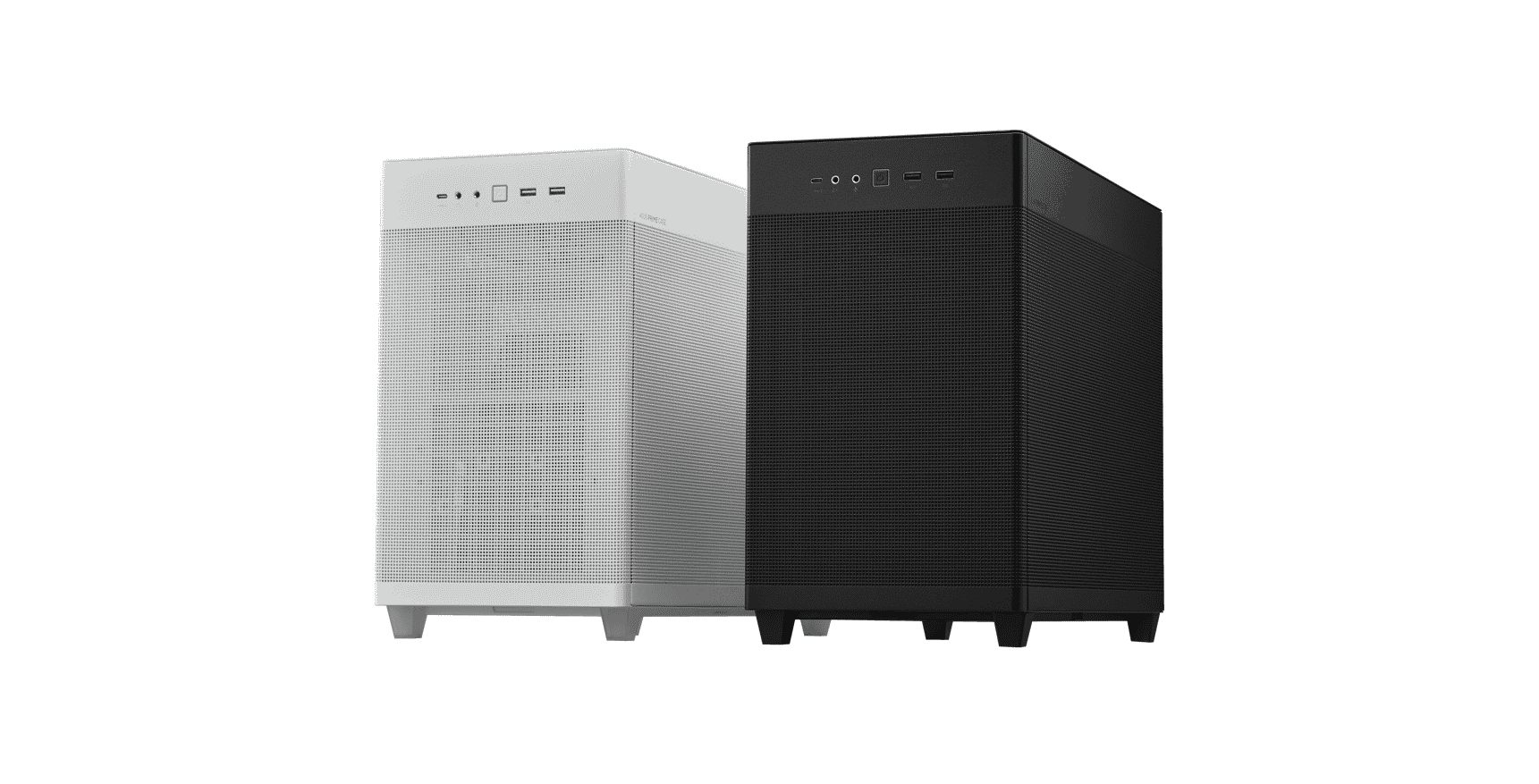 Hardware experts from Asus have presented a new case just in time for Gamescom and IFA 2022. With the Asus Prime AP201, the manufacturer wants to make it clear that less is often more. Despite an extremely compact design, the minimalist PC case is supposed to allow a powerful configuration without any problems.

The new Asus Prime AP201 makes it clear at first glance which points are important to it. On the one hand, it comes across as extremely compact with dimensions of 460 × 205 × 350 mm (33.00 liters). In addition, it is framed by a large grille. It is a high quality mesh, which is supposed to provide maximum airflow in cooperation with other openings, which are located on the top as well as on the sides.

This is also reflected in sufficient space for fans. At the bottom of the Asus AP201 are two 140mm fans, which draw air into the system. On the top, you can choose between two 140mm fans or three 120mm fans. The air is then expelled from the small housing. A 120 mm fan is used ex works. This is located on the back of the PC case.

Want to build a new computer? So don’t forget the appropriate peripherals. With the Razer Basilisk V3 Pro gaming mouse (test) and the SteelSeries Arctis Nova Pro Wireless (test), we have just been able to put some very good hardware under the magnifying glass.

That the hardware expert does everything to squeeze the maximum amount of space out of the compact dimensions of the Asus Prime AP201 is also evident in the design inside. For example, the power supply is located directly behind the faceplate. This might seem odd to regular PC enthusiasts, but it’s becoming more and more common in the field of compact cases. In the AP201, the position is not only to create space, but also to ensure that the PSU is supplied with fresh air through the mesh. Depending on where the PSU is mounted exactly behind the front, you can also install a 2.5 inch or 3.5 inch SSD or HDD here at the same time. If there is not enough space, two hard disks can also be mounted at the bottom. In this case, however, you have to do without both fans.

The Asus Prime AP201 is available now for just under 100 euros. In terms of colors, you have the choice between white and black.

At times in its past, the massive Thwaites Glacier retreated even faster than it does today, raising concerns about its future – ScienceDaily