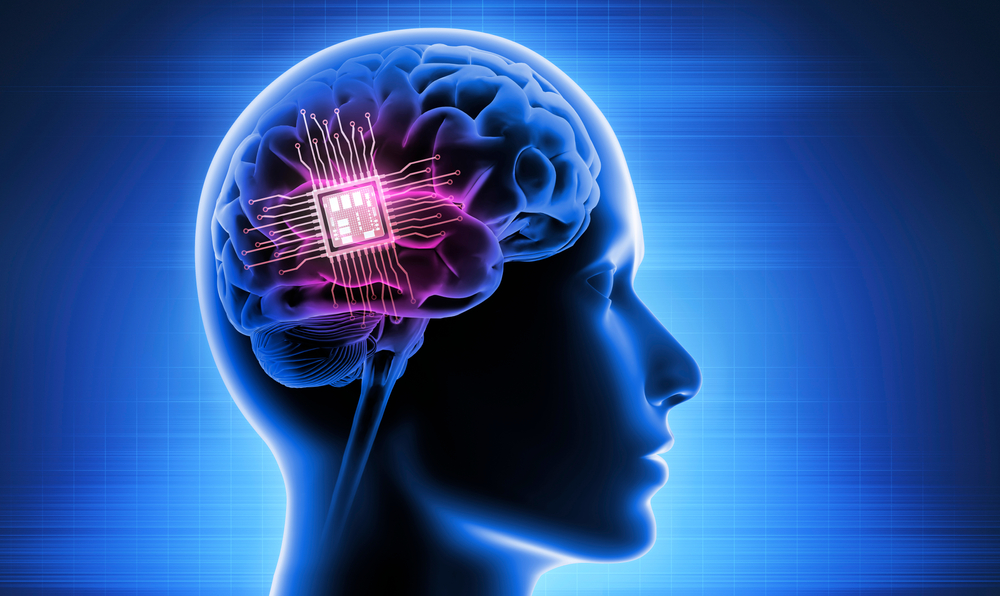 The human brain is an incredible calculating machine. Weighing only about three pounds, it can process information a thousand times faster than the fastest supercomputer, store a thousand times more information than a powerful laptop, and do it all using no more power than a 20 watt bulb.

Researchers are trying to replicate this success by using soft, flexible organic materials that can function like biological neurons and may even one day be able to interconnect with them. Eventually, soft “neuromorph” computer chips could be implanted directly into the brain, allowing people to control an artificial arm or computer screen just by thinking about it.

Like real neurons – but unlike conventional computer chips – these new devices can send and receive chemical and electrical signals. “Your brain works with chemicals, with neurotransmitters like dopamine and serotonin. Our materials are able to electrochemically interact with them,” says Alberto Salleo, a materials scientist at Stanford University who wrote about the potential of organic neuromorphic devices in the 2021 Annual review of materials research.

Salleo and other researchers have created electronic devices using these soft organic materials that can act as transistors (which amplify and switch electrical signals) and memory cells (which store information) and other basic electronic components .

The work stems from a growing interest in neuromorphic computer circuits that mimic the functioning of human neural connections, or synapses. These circuits, whether made of silicon, metal or organic materials, function less like those of digital computers than like the neural networks of the human brain.

Conventional digital computers work one step at a time, and their architecture creates a fundamental divide between computation and memory. This division means that the ones and zeros have to shuttle between slots on the computer’s processor, creating a neck for speed and power consumption.

The brain does things differently. An individual neuron receives signals from many other neurons, and all of these signals add up to affect the electrical state of the receiving neuron. Indeed, each neuron serves both as a computing device – integrating the value of all the signals it has received – and as a memory device: storing the value of all these combined signals in the form of an infinitely variable, rather than the zero or -one of digital computers.

Researchers have developed a number of different “memristive” devices that mimic this ability. When you pass electrical currents through them, you change the electrical resistance. Like biological neurons, these devices calculate by adding the values ​​of all the currents to which they have been exposed. And they remember through the resulting value that their resistance takes.

A simple organic memristor, for example, might have two layers of electrically conductive material. When a voltage is applied, the electric current carries positively charged ions from one layer to the other, changing how easily the second layer will conduct electricity the next time it is exposed to an electric current. (See diagram.) “It’s a way of letting physics do the math,” says Matthew Marinellaa computer engineer from Arizona State University in Tempe who studies neuromorphic computing.

(Credit: Knowable Magazine) Voltage applied to the gate (G) – for example, from a sensor – drives positive ions from one layer, called the electrolyte, into an adjacent layer, an organic polymer. This changes the resistance of the polymer to a current flowing from source (S) to drain (D). The amount of resistance represents the stored value.

The technique also frees the computer from strictly binary values. “When you have typical computer memory, it’s either a zero or a one. We are creating a memory which can be any value between zero and one. So you can tune it analog,” says Salleo.

Today, most memristors and related devices are not based on organic materials, but use standard silicon chip technology. Some are even used commercially to speed up artificial intelligence programs. But organic compounds have the potential to get the job done faster while using less energy, Salleo says. Even better, they could be designed to integrate with your own brain. The materials are soft and flexible, and also have electrochemical properties that allow them to interact with biological neurons.

For example, Francesca Santoro, an electrical engineer currently at RWTH University of Aachen in Germany, is developing a polymer device that receives data from real cells and “learns” from it. In his device, the cells are separated from the artificial neuron by a small gap, similar to the synapses that separate real neurons from each other. When cells produce dopamine, a nerve signaling chemical, dopamine alters the electrical state of the artificial half of the apparatus. The more dopamine the cells produce, the more the electrical state of the artificial neuron changes, as can be seen with two biological neurons. (See diagram.) “Our ultimate goal is really to design electronic components that look like neurons and act like neurons,” Santoro says.

(Credit: Knowable Magazine) The biological neuron releases dopamine (red balls) at its junction with the artificial neuron. A solution in space gives dopamine a positive charge (golden balls), allowing it to flow through the device. The electrical resistance depends on the rate at which dopamine is released and the amount accumulated on the artificial neuron.

Approach could offer a better way to use brain activity to drive prostheses Where computer screens. Today’s systems use off-the-shelf electronics, including electrodes that can only pick up broad patterns of electrical activity. And the equipment is bulky and requires external computers to operate.

Flexible and neuromorphic circuits could improve this in at least two ways. They would be able to translate neural signals in a much more granular way, responding to signals from individual neurons. And the devices might also be able to handle some of the necessary calculations themselves, Salleo says, which could save power and increase processing speed.

Low-level, decentralized systems like this — with small neuromorphic computers processing information as it is received by local sensors — are a promising avenue for neuromorphic computing, Salleo and Santoro say. “The fact that they closely resemble the electrical functioning of neurons makes them ideal for physical and electrical coupling with neural tissue,” Santoro explains, “and ultimately the brain.”

Kurt Kleiner is a science writer living in Toronto.

How to Keep Your PC’s CPU Cool in the Summer