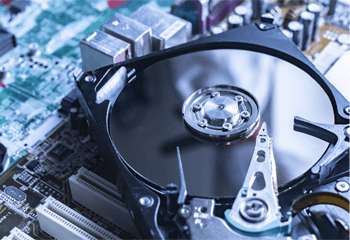 Recently, Western Digital announced its latest memory solution, OptiNAND, which combines solid state drives with conventional hard drives (HDDs). What challenges does Flash and hard drives face, what does OptiNAND do and how will this help computing in the future?

Hard drives are arguably the oldest form of memory storage that is still widely used today. Their origins date back to Christmas Eve 1954, when IBM first developed the hard drive, and their memory capacity has grown exponentially from a few hundred kilobytes to tens of terabytes. Not only has the capacity of these memory storage units increased, but their size has also been reduced from large cabinets to small 2.5 inch drives.

Hard drives are excellent for long-term data storage because they are non-volatile (that is, they retain data when turned off) and can be written and read an unlimited number of times. Hard drives are still found in aging computer systems from the 90s whose data is still recoverable.

However, hard drives suffer from extremely slow read / write speeds compared to RAM, which means that disk operations are often a bottleneck for computers. This slow speed results from the fact that the heads must scan the disk and position themselves on the correct tracks to store the data being read or written. This time is generally referred to as the “search” time. Modern file systems may require reading tables and metadata before data in the file can be read, even when the head is correctly positioned.

Flash memory is a newer technology dating back to the 90s and has been a major memory technology in microcontrollers, removable media, and mobile devices. Unlike hard drives, Flash memory is fully electric with no mechanical parts, making it significantly faster than hard drives. This high speed sees Flash drives (Solid State Drives or SSDs) replacing hard drives in high performance computers to eliminate search time and speed up file upload speeds.

However, Flash memory suffers from a significant drawback; write wear. Simply put, writing data to a flash memory cell is somewhat violent, with electrons being forced to jump to a floating gate, and this writing partially damages the structure of the semiconductor. Thus, writing too many times to the same memory cell will destroy its working capacity, thus reducing the amount of information that can be stored on the memory device.

However, even this combination has its drawbacks, and frequently read files from the hard drive may not perform at peak performance. Additionally, file metadata can often grow to several gigabytes, which may be required to read files from a hard drive (like track number, etc.) or perform complex data analysis (like search ).

As such, Western Digital recently announced its new memory technology called OptiNAND, which combines hard drive and SSD into one device. Instead of acting as two separate memory units, NAND flash memory acts as a cache for frequently accessed files and stores metadata about files stored on the hard drive. This allows files on the hard drive to be accessed at a much faster rate, because metadata is faster to read while still allowing faster data organization operations.

In addition, their hard drives combine several technologies that help increase read speeds, such as three-stage actuators (allowing immediate track jumps by adjusting the position of the tip of the head) and provide better data protection. (i.e. via a sealed helium atmosphere).

The amount of data stored on modern computers is incredible, but the amount of metadata produced around that data is even more astounding. Metadata is extremely useful when you’re trying to organize data and understand what that data is without having to analyze it.

An example of where OptiNAND technology could be beneficial is Big Data and how it works with privacy. It’s almost universal that people don’t want their data to be observed by a computer or a human, but for AI to work, they need access to some type of data. However, this data does not always have to be the exact data that is being analyzed. This data can be metadata (such as data descriptors, fingerprints, and hashes).

So, a privacy-focused data center can store raw data on a hard drive but store the resulting metadata on high-speed flash memory. Therefore, an algorithm that produces metadata could read the raw data found on the hard drive and then store this resulting metadata on flash memory. From there, a high-speed AI algorithm (whose performance depends on how fast it can access the data) could work from the metadata found on the flash.

Overall, separating files from metadata could be of great benefit in reducing key data access time, and combining NAND flash memory with hard drives could create highly responsive memory drives that are often the bottleneck. throttling of computer systems.