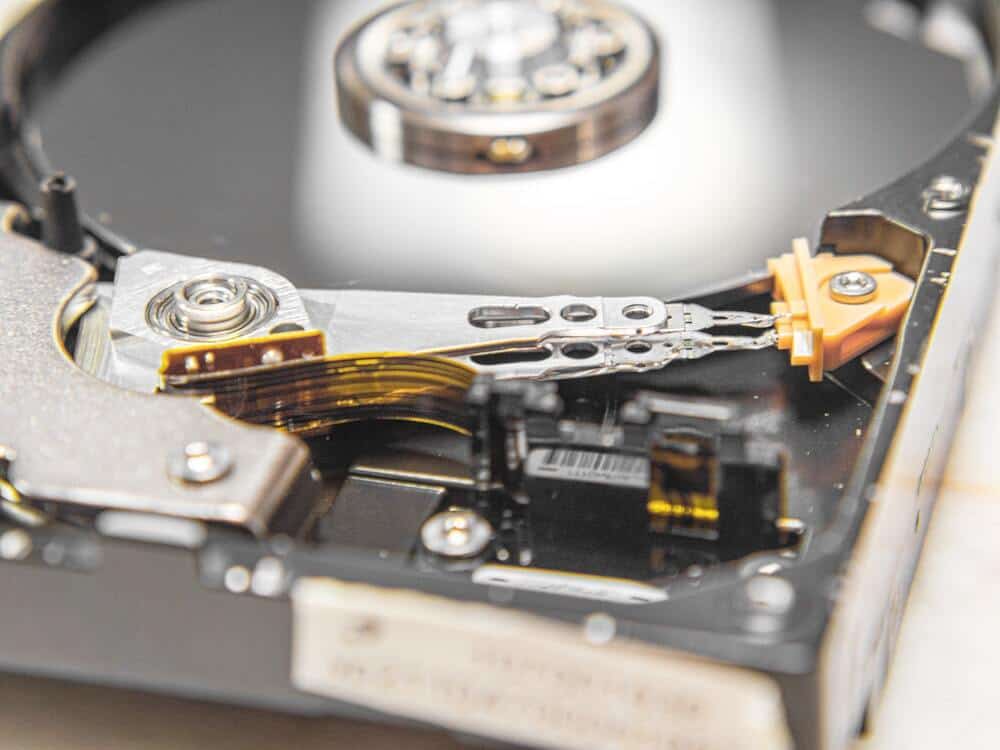 The Continuing Value of Hard Drives in Data Centers

“The reports of my death are greatly exaggerated,” Mark Twain once said. The same could be said about hard drives (HDDs), the once ubiquitous storage medium that has slowly receded into the shadows of new technology. As data centers and consumers store increasing amounts of their data on lightning-fast Solid State Drive (SSD) technology, the question keeps asking: When will hard drives finally outlive their usefulness?

A brief history of storage

The origins of HDD technology can be traced back to the 1950s, when IBM built a server farm the size of two refrigerators with a storage capacity of 3.75MB. This is a long way from today, where a hard drive fits in a laptop, typically exceeds one terabyte, and the largest at the time of writing is over 18TB.

This capacity is greatly amplified in data centers, thanks to the advent of RAID technology, also known as Redundant Arrays of Independent Disks. With a RAID configuration, dozens of hard drives can be used in unison, storing and retrieving data that has been scattered across all the drives, behaving remarkably like a giant drive. RAID has given data centers deep storage, as well as redundancy to prevent data loss.

Solid State Drives (SSDs) appeared around the same time as RAID, first reaching commercial availability in the early 1990s, and slowly gaining market adoption to overtake unit hard drives. sold in 2021. Note, however, that hard drives still make up the bulk of the actual storage capacity sold, year after year. Unlike hard drives, solid state drives have no moving parts and do not use magnetic storage; instead, they read and write data by pushing electrons through an array of transistors that store their state, even when the device is turned off.

Consumers have been rushing to embrace the new technology and take advantage of the massive SSD speed boost offers. Its smaller form factor has made SSDs the standard storage medium on virtually all new laptops, and they are becoming the standard for desktops as well. In contrast, data centers have been slower to embrace solid state, largely preferring the proven hard drive.

Speed â€‹â€‹is not everything

The list price of a gigabyte drops every year, but an SSD still costs eight times more than a hard drive with comparable storage capacity. For the average consumer, this might not matter. Not everyone needs four terabytes of storage, and for many, the full-size $ 100 SSD will meet their needs. But data centers operate with more storage needs than consumers, and that price difference will quickly add up.

That said, SSDs have lower power consumption, much lower heat output, and higher environmental tolerances than hard drives, potentially lowering the energy costs of a data center in the long run. Plus, their small form factor can even reduce the physical footprint of the data center, further reducing overhead costs. By many estimates, SSDs should outlast their HDD counterparts, reducing replacement costs as well.

But HDD technology hasn’t spent the last decade frozen in time. They are becoming cheaper and more energy efficient, even as their storage capacities keep increasing. Seagate, one of the largest hard drive manufacturers, predicted that its drives will retain a cost advantage over SSDs into the 2030s, and the company plans to develop hard drives above the 100TB mark.

Even when, or if, SSD prices reach parity with hard drives, the need to store data grows faster than the actual capacity to do so. SSD manufacturing will need to pick up the pace in order to keep up with the growing data market, and they will always face competition from legacy storage. 2020 marked the first time that an additional zettabyte (approximately 931,322,574,615 gigabytes) of storage was sold only on hard drives, demonstrating that hard drive manufacturing is still going strong.

As long as hard drives retain their price advantage, they will continue to see value in server farms and data centers, even if they find themselves in a hybrid role with competing technologies. For example, when a certain set of data needs to be accessed faster and more frequently, it can be stored on more expensive but faster SSDs, and the larger volume of older data can be moved to cold storage on hard drives. A third dataset – one that is seldom accessed but always worth storing – could still be turned into a true magnetic tape data freezer.

Tapes are yet another obsolete storage medium whose demise has been predicted time and time again, and yet continues to find its relevance in the modern world, serving as a type of meat locker for data, and at the cheapest price by gig. The downside is that the tapes are not always active and they are not always plugged in. Recovering data from tapes can take up to a minute in most automated environments. Although they have disappeared from the consumer world, cassettes are increasingly adopted by big tech giants like Google and Microsoft for their price and reliability, and the technology has in fact continued to evolve. Hard drives can find their way down a similar path, disappearing from personal computers but playing a vital role in the data centers of the future.

Met Opera to reopen after months of pandemic silence

4 Best Tech Gear Stocks To Own This September By StockNews