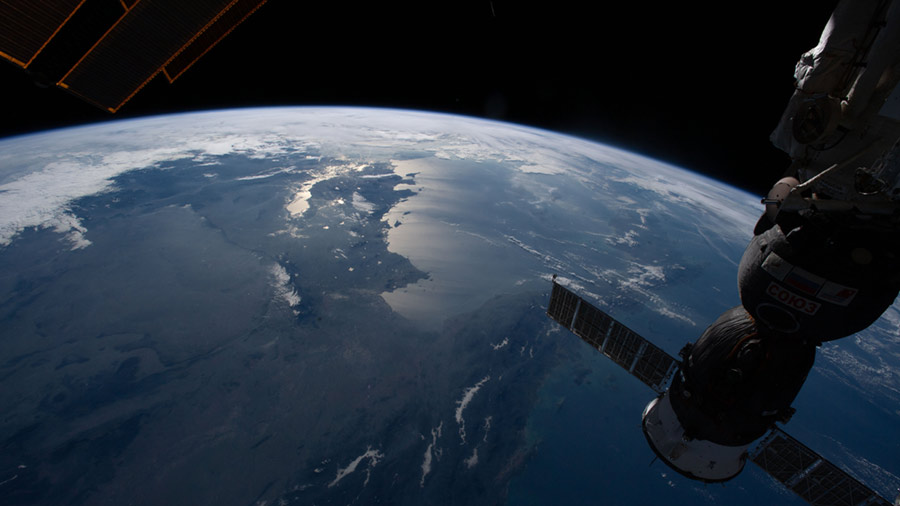 The seven-member Expedition 66 crew enters the final week of 2021 with a plethora of science experiments exploring many space phenomena for the benefit of astronauts in space and humans on Earth.

NASA flight engineers Mark Vande Hei and Kayla Barron worked on a pair of space agriculture studies Monday afternoon, exploring various characteristics of plants. Vande Hei set up components for the Plant-01 Multi Variable Platform (MVP) experiment inside the Harmony module. This study examines how the molecular mechanisms and regulatory networks of a plant adapt to weightlessness. Barron worked inside the Kibo lab module and set up the Plant Habitat-05 survey which will observe the regenerative capacity of a variety of cotton genotypes.

NASA astronauts Raja Chari and Thomas Marshburn began transferring research samples to science freezers in the Kibo lab Monday morning. Chari then moved on and updated the emergency checklists while collecting and putting away his blood and urine samples for later analysis. Marshburn serviced the station’s oxygen generation system, then unpacked the medical supplies from the SpaceX Cargo Dragon vehicle.

Station Commander Roscosmos Cosmonaut Anton Shkaplerov recharged computer tablets inside the Soyuz MS-19 crew ship while working on maintenance of Russian life support systems throughout the day. Russian flight engineer Pyotr Dubrovnik checked the electronic equipment in the morning before joining Shkaplerov in the afternoon and replacing the conveyor belt components of the Zvezda service module.

Learn more about the station’s activities by following the space station blog, @space station and @ISS_Research on Twitter, as well as the ISS Facebook and ISS Instagram accounts.

Get weekly videos at: http://jscfeatures.jsc.nasa.gov/videoupdate/

The 5 best projects to recycle your old Kindle