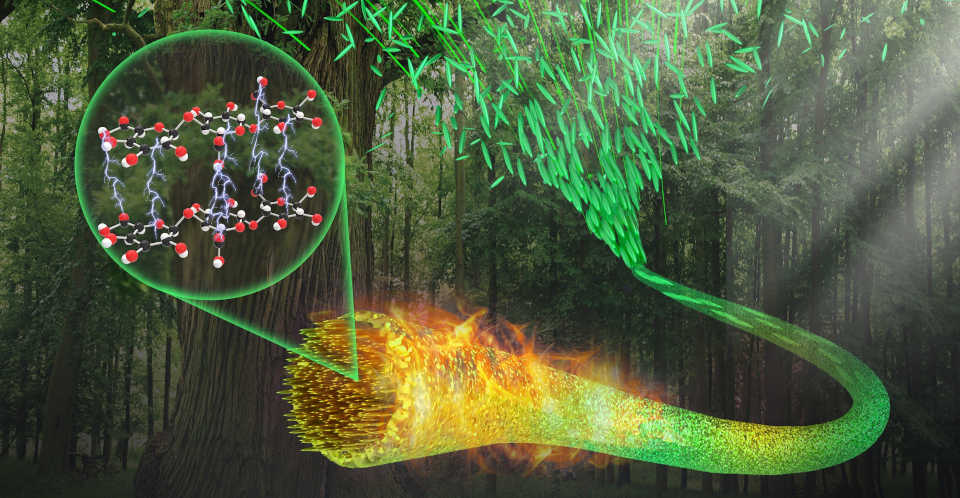 The insulating properties of cellulose and other materials of plant origin are well known. Nanoscale cellulose fiber, a new material, has the opposite effect, exhibiting high thermal conductivity.

This makes it useful in areas where synthetic polymer materials were previously dominant. Because materials made from cellulose are better for the environment than polymers, research in this area could lead to greener technologies that require good thermal conductivity.

Cellulose is a structural component of plant cell walls that allows large trees to sustain themselves. However, the secret to its material strength lies in its overlapping nanoscopic fibers.

In recent years, cellulose nanofiber (CNF) materials have been used in many commercial products because they are strong and long-lasting. This makes it an excellent substitute for polymer-based materials like plastics, which can be harmful to the environment.

But now that researchers under Professor Junichiro Shiomi of the University of Tokyo’s Graduate School of Engineering have examined the previously unstudied thermal properties of CNF, their findings suggest that these materials could be even more useful.

“If you see plant-derived materials such as cellulose or woody biomass used in applications, it is usually mechanical or thermal insulation properties that are used. However, when we explored the thermal properties of a wire made from CNF, we found that they exhibited a different type of thermal behavior, heat conduction, and this is very significant, about 100 times greater than that typical woody biomass or cellulosic paper”,

Due to its construction, wire made from CNF has excellent thermal conductivity. Cellulose fibers found in nature are incredibly disorganized, but CNF is made by combining cellulose fibers and aligning them in the same direction using a technique known as the flux focusing method.

Heat can move along this tightly bound and arranged bundle of rod-like fibers, whereas in a more disorganized structure, heat would dissipate faster.

“This allowed us to measure the thermal conductivity of rod-shaped CNF wire samples that are only a few micrometers (one micrometer equals one thousandth of a millimeter) in diameter. But the next step for us is to perform accurate thermal testing on two-dimensional textile-like samples,”

Shiomi and her team hope that their research and future work on using cellulose nanofibers as a heat-conducting material will give engineers an alternative to some environmentally harmful polymers.

Since CNFs and other plant-based materials are biodegradable, they could significantly reduce the negative effects of e-waste in places where heat transfer is important, such as in some electronic or computer components.