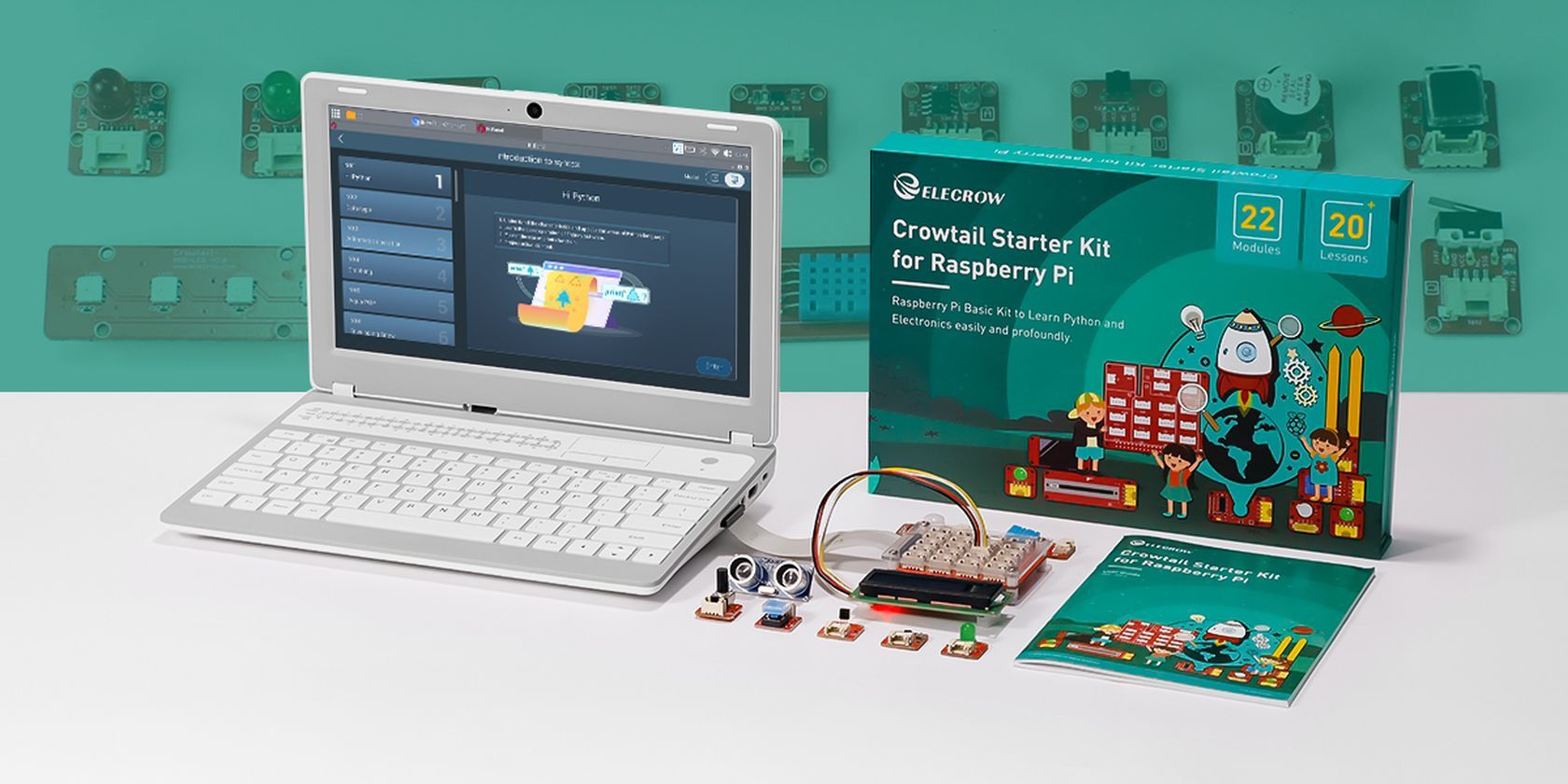 The CrowPi L is the third, and significantly more refined, iteration of the CrowPi series of laptop kits designed for the Raspberry Pi. For just over $200, the kit can turn a Raspberry Pi 4 Model B into a computer inexpensive laptop as a gateway to programming.

What’s inside the CrowPi L?

Unlike the CrowPi and CrowPi 2 (see our coverage of the CrowPi 2 launch), which were sold via Kickstarter campaigns, the CrowPi L is available for pre-order directly from the official Elecrow website. The basic kit, which costs just over $200, does not come with a Raspberry Pi 4B. However, the CrowPi L can be purchased with the 4GB and 8GB variants of the virtually unobtainable single board computer for an additional $150 and $166, respectively.

Like its predecessors, the CrowPi L kit is designed to offer STEAM learners a low-cost programming machine. The device comes with 96 programming courses and modest specs for the purpose. Each kit includes an 11-inch IPS display sporting a 1366×768 resolution. The built-in 5000mAh battery promises up to three hours of battery life, which is fair considering it’s basically an actively cooled shell for a Raspberry Pi 4B.

The rest of the kit’s specs, which are uniform across all variants, pack in essentials like a standard membrane keyboard, an unusually positioned touchpad, and a 2-megapixel camera. The presence of stereo speakers, a microphone, and a 3.5mm audio jack also make it a cheap option for telecommuting, especially if you already have a Raspberry Pi 4B lying around.

Good for programming, yet friendly for creators

The designers at Elecrow could have made the CrowPi L thinner and lighter by using the Compute Unit version of the Raspberry Pi 4. However, this would have removed the versatility of reusing a traditional Pi 4B from existing projects to serve as a laptop. .

The latest version is, however, much slimmer than the first iteration, as our in-depth review of the CrowPi all-in-one kit shows.

Unsurprisingly, the CrowPi L also lets you purchase an optional $51 expansion kit to use the SBC’s GPIO header for a variety of hardware projects. The optional kit includes a wide range of sensors, servos, LEDs, an extension shield and a small display for this purpose.

The CrowPi L is even more user-friendly

The CrowPi L is even more accessible thanks to its pre-assembled nature. While previous iterations required some assembly, slamming into a Raspberry Pi 4B through the bottom of the laptop chassis is the only assembly required this time around.

Subsequently, users have the option of running CrowPi’s own front-end suitable for STEAM learning. Alternatively, the installed SBC can still be configured to run one of the popular open source operating systems. Elecrow estimates that pre-orders will start shipping on June 30, 2022.