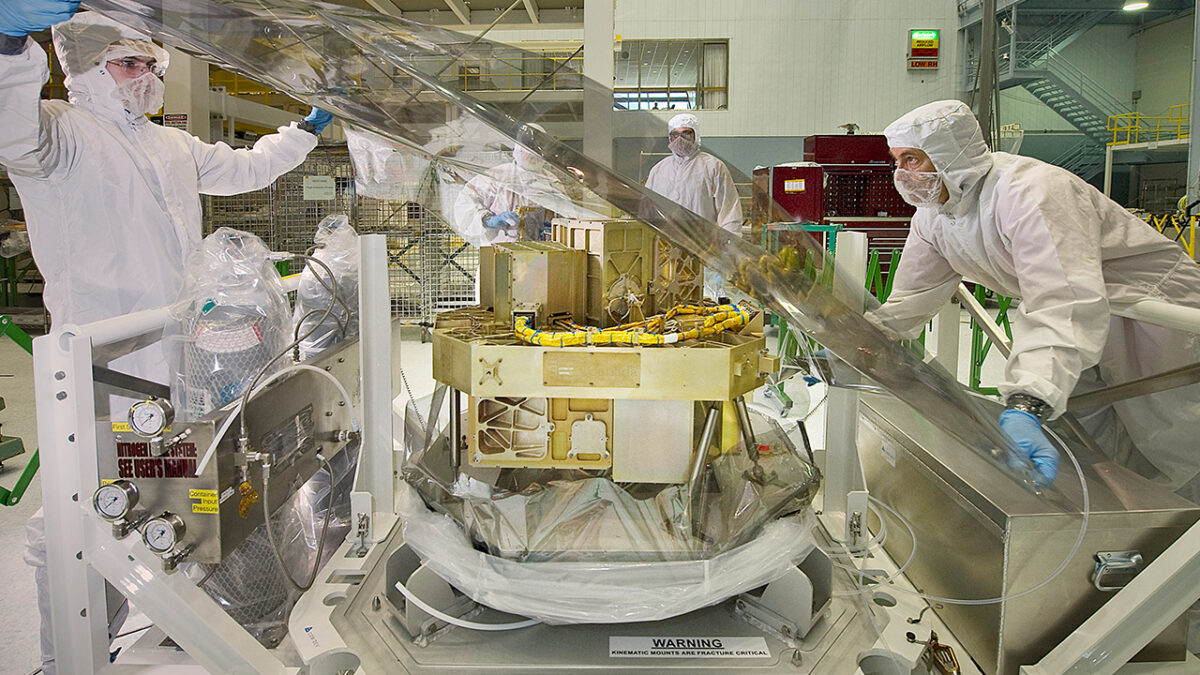 The first images from a powerful space telescope developed with Canadian participation are set to be released on July 12, offering a new look at the universe.

“This is the largest and most complex space telescope ever launched into space,” Canadian Space Agency (CSA) spokeswoman Sarah Gallagher told The Epoch Times on July 11.

Gallagher said the NASA-led project was made possible through an international collaboration between the CSA and the European Space Agency.

The first cosmic objects captured by the James Webb Telescope are the Carina Nebula, exoplanet WASP-96b, the South Ring Nebula, the Stephan Quintet galaxies, and a galaxy cluster called SMACS 0723.

“They represent the first wave of color science images and spectra that the observatory has collected, and the official start of general Webb science operations,” a July 8 statement from the CSA reads.

The first targets were chosen by a committee made up of members of the space agencies as well as the Space Telescope Science Institute.

Gallagher says research teams have been eagerly awaiting access to the resulting data, and some have been writing research proposals “for years” in anticipation.

“It’s hard to overstate how excited people are,” she said.

She says the quality of the first images produced by the telescope is “beyond expectations.”

“It’s visually beautiful, it’s scientifically exciting. There are already new discoveries, which is so exciting, and this is just a very small taste,” she says.

Canada contributed two elements to the telescope, including the Fine Guidance Sensor (FGS) and the Near Infrared Imager and Slitless Spectrograph (NIRISS). These were built by the American multinational conglomerate Honeywell.

The FGS allows the telescope to point and focus on objects, while the NIRISS is a scientific instrument for studying astronomical objects.

In exchange for the CSA’s contribution to the telescope, Canada receives a guaranteed share of the observing time.

The Canadian Webb science team will be able to use up to 450 hours of observation.

A team led by David Lafrenière from the University of Montreal will study the atmospheres of exoplanets. Another team led by Chris Willott of the National Research Council will study early galaxies and galaxy clusters.

Other smaller projects will share the remaining observing time to study phenomena such as rogue planets and exozodiacal disks.

Canadian astronomers will also benefit from 5% of Webb’s observing time set aside for general observations.

Gallagher says Webb is “several generations away from Hubble” because of his advanced technology.

Webb is not considered a replacement for Hubble since his abilities are not identical. Webb will primarily use infrared to observe the universe, while Hubble primarily uses optical and ultraviolet wavelengths.

Webb has a much larger collection area with its primary mirror measuring 6.5 meters in diameter, compared to Hubble’s 2.4 meter diameter.

Hubble orbits the Earth at a distance of about 500 kilometers, while Webb is 1.5 million kilometers away, located at the second Lagrange point. This is where the gravity of the Earth and the Sun balance and allow the telescope to stay in place with minimal power consumption.

Gallagher says Webb’s life expectancy is based on the amount of propellant to hold him in place, which is estimated at 10 years.