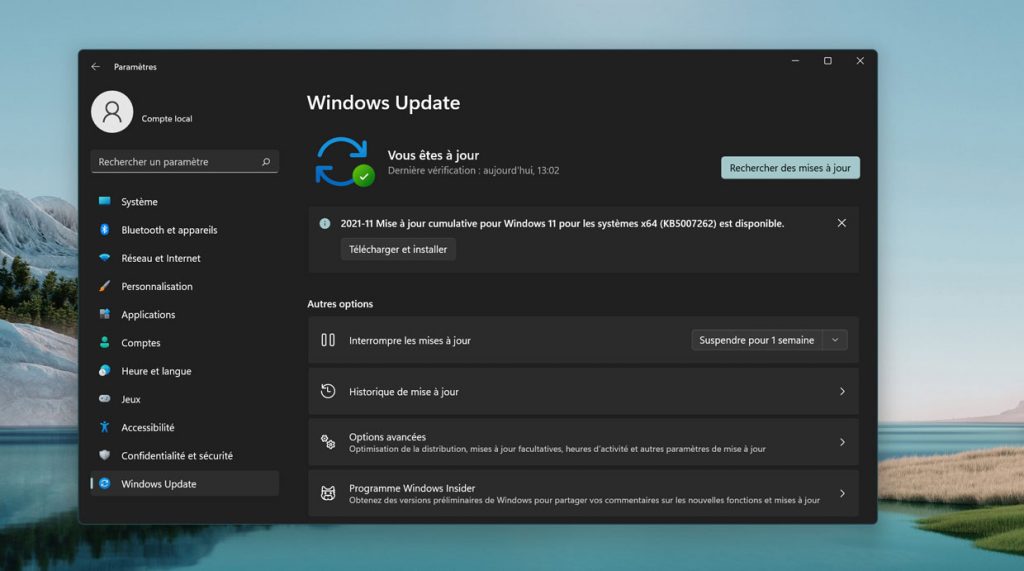 For a few days now, KB5007262 has been offered as an option for computers running Windows 11. This maintenance corrects several problems, including the performance problem with hard disks and hard disks.

Microsoft has known about this Windows 11 crash for a while. The operating system is the victim of a bug concerning the USN registry which is enabled by default for the primary volume, disk C. It causes unnecessary actions during operations.

The situation affects the storage performance of the operating system. Obviously, the speeds of a hard drive or flash drive like a 2.5 inch SSD or M.2 NVMe are slowing down. In recent days, this bug has been talked about because it affects more and more users.

As we mentioned, this problem is well known. Microsoft officially announced it on November 22. It was first identified in August.

The solution is available. Go through the update KB5007262 Available through Windows Update. Download and installation are not automatic. It is offered as an option. This is a “preview” of the content scheduled for next Tuesday.

Slowdowns prolong start-up times. The most difficult problem arises when it comes to dealing with large files and large data transfers. In some cases, notes suggest slower files or applications to open. the problem well documented on Note Center and reddit or the Microsoft forum.

Finally, Microsoft is working on several other fixes, all related to Windows 11 performance issues. One of the main concerns being investigated relates to File Explorer. This could affect its performance.

Auto-restart of the PC at random on very specific software (games).