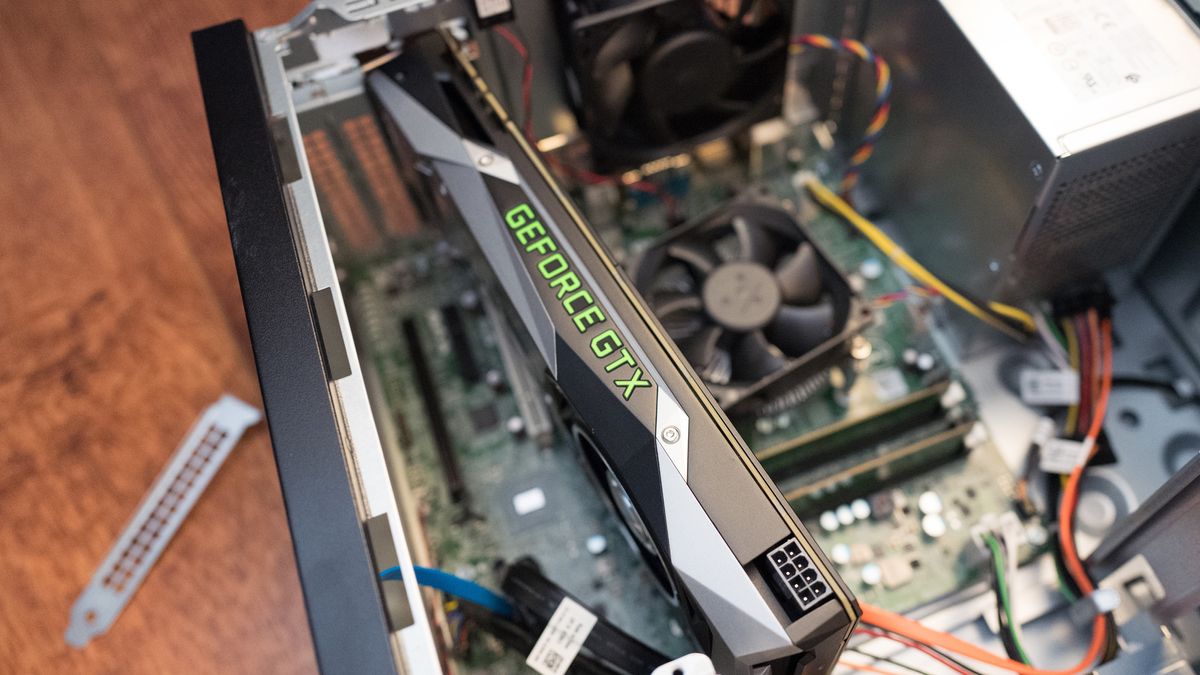 Building a PC has never been so difficult. From 2020 through 2021, those trying to buy a custom PC, or build one themselves, feel the pinch of the widespread unavailability of new graphics cards. Those lucky enough to find new cards are faced with an impossible decision: wait and hope the market improves, or shell out much more than the typical retail price to build now. And if you’re looking to relieve yourself by buying second-hand, don’t count on cheaper prices. On eBay right now, you can expect to pay two to three times the retail price of a new card for most older used models.

So what gives? How did we end up in a situation where a GPU could double or triple the price of your build?

With a global pandemic, the world’s largest semiconductor manufacturers have been forced to significantly slow down production, or even shut it down altogether at times. Slowdowns in production, coupled with increased demand as people got stuck in and looking to upgrade or build new gaming or production platforms have left us at a stalemate. when it comes to sourcing parts.

This is a problem that is not unique to PC manufacturers. Cell phones, like Apple’s iPhone 12, faces delays due to stock availability issues. Console gamers are still waiting to get their hands on a PS5 or Xbox x series due to supply chain issues, especially in sourcing the graphics cards on which these next-gen consoles are based.

If supply chain issues weren’t enough, scalpers make our lives difficult by buying entire stocks of these cards and selling them for huge profits to hungry hardware consumers.

By buying inventory – either in the store or using bots to grab available GPUs as they appear online – scalpers control supply and can artificially inflate demand. This, as we are now seeing, is pushing prices into the stratosphere. The aftermarket is full of GPUs that sell for two or three times their original selling price (for used hardware). The new GPUs are either unavailable or bought and resold on sites like eBay, Craigslist, and Facebook marketplace for hundreds, if not thousands, more than their suggested retail price.

Some retail stores have systems in place to curb this behavior by limiting purchases to one item per person. Every little bit counts, but sophisticated scalpers can still bypass the system with multiple user accounts and large networks of people working together to find inventory and share the profits.

History, as often, repeats itself. Bitcoin this year has been in tears, surpassing $ 60,000 at one point. This has fueled interest in a segment teeming with alternative parts, each having seen a similar wave of success. Cryptocurrency miners are, once again, interested in space and are buying GPUs to turn hardware into mining rigs in hopes of getting rich.

These platforms work by using the power of a GPU to solve complex mathematical algorithms intended to secure a cryptocurrency network. Once an issue is resolved, miners are rewarded with cryptocurrency for their issues. These platforms typically rely on multiple GPUs to increase the speed at which they can solve these algorithms, ensuring greater rewards.

Nvidia this year attempted to thwart miners by blocking cryptocurrency mining on its RTX 3060 graphics card, but the strategy failed after it released a pilot that re-enabled its mining capability.

Until the cryptocurrency market hits its next bear market, we are unlikely to see a decrease in GPU demand from cryptocurrency miners. But when it does, expect a flood of cheap cards in the secondary markets, each of which will be mostly worthless after being executed to its maximum processing limit.

When will this end?

Let’s start with the good news. Nvidia and AMD both report that they have returned to pre-pandemic production levels. This is definitely a good thing.

Now for the evil. While production has returned to pre-pandemic levels, demand is at an all time high. Nvidia said The edge that the GPU shortage is expected to continue through 2021 and into 2022.

That’s not to say you won’t find a GPU this year, but it won’t be easy.

Flashback to Sonoma County’s Telecom Valley, a hotbed of high-tech