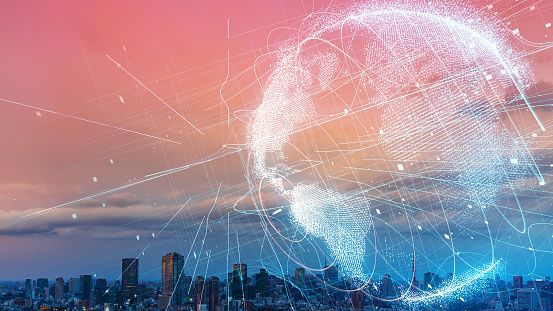 Driven by a range of factors—productivity, automation, and cost-effective deployments—organizations have come to love container technology, especially since it helps manage infrastructure more efficiently. Container technology introduces what we call containers. Containers are application sandboxes.

Containers allow you to run your application by packaging it with the runtime, operating system, libraries, and all the dependencies it needs. This brings simplicity, speed, and flexibility to application development and deployment, with a more efficient way to use system resources. A major step up from virtual machines, I must say. Various container technologies are available, such as Docker containers, Kubernetes containers, and Linux (LXC) containers.

This article will examine Linux containers and their uses.

What are Linux containers?

Linux containers, sometimes referred to as LXC, are a virtualization setup and the first system container implementation based solely on mainstream Linux features.

LXC creates an environment where you can share resources, such as memory and libraries, while creating a complete virtual operating system. Without the need for a separate kernel, you can design a setup similar to a standard Linux installation with only the components your applications need and therefore no overhead process.

Virtualization is the process of running virtual instances of traditionally hardware-bound computing components. This is the basis of cloud computing. A popular use case is to use this virtualization technology to run applications for a different operating system like Linux on another like MacOS, or to use it to run multiple operating systems on one computer simultaneously.

Virtualization uses hypervisors to emulate underlying hardware like processor memory and separate physical resources so they can be used by the virtual environment. Through hypervisors, the guest operating system interacts with the hardware.

What is a virtual machine?

Virtual machines (VMs) are isolated computing environments created when the hypervisor separates computing resources from the physical machine or hardware. They can access multiple resources including but not limited to the host’s computing power, CPU, and storage.

Although virtual machines may look like containers, they are quite different.

In virtualization, each virtual machine requires and runs its own operating system. While this allows organizations to maximize the benefit of their hardware investments, it also makes it a heavy hitter. In containerization, applications run in a container instead of sharing operating system resources; thus, they carry less overhead and are lightweight.

Another problem with virtualization is over-provisioning, which means that each time an instance in a virtual environment starts up, all of the resources allocated to it begin to be used. For example, when you create a virtual server, you specify how much space the drive should have. Once the server is started, all space is automatically allocated to the virtual server, whether it needs it or not. Thus, there is waste of resources since it occupies all the space even if it only requires a tenth.

Container-based virtualization has changed that. On the one hand, they are less resource intensive. Instead of having a full operating system, you’d rather have a container with all the little bits and pieces the app needs to run. Thus, resources are shared more efficiently.

Containers vs VM Image by Veritis

You’re probably thinking, “Why do we still need virtual machines?” Well, there are cases where virtual machines are the right choice. For example, if you want to run the Windows operating system on macOS or Linux, you will need a virtual machine. Another use case will be when you need a different kernel version than the host.

Why use Linux containers?

Let’s look at a few reasons why you should use Linux containers:

This article was more of a beginner’s guide to the container technology landscape; there is more to the landscape. Check out the resources, explore them and change the world.