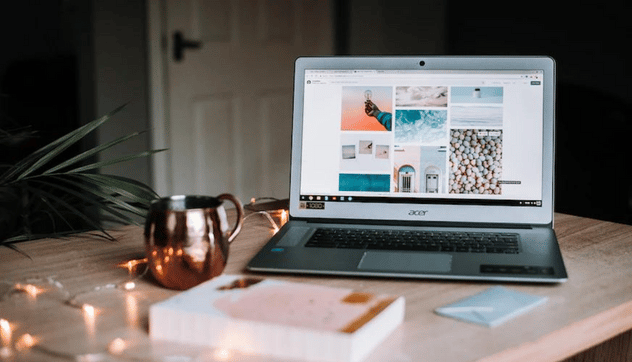 The best laptops under $500

As the world progresses, the use of technology in our lives has also increased significantly. Almost everyone uses laptops these days. While adults use them in their profession, children use them for homework or online courses. Apart from this, people also use laptops to watch movies or videos. However, laptops are not cheap. They usually require a large amount, but depending on your purpose of use, you can find a low cost laptop.

You will no doubt have to compromise on screen, battery life, and some other features, but if you plan to use a laptop for things like writing, creating spreadsheets in Excel, emailing, or any other activity that doesn’t specifically require a lot of processing power, you can easily find a reliable, durable laptop for under $500. You don’t need to spend a lot of money on a laptop with features you won’t use very often. The laptops in the list below are suitable for everyone, even children, to perform daily tasks.

Chromebook vs. Windows
The debate between a Chromebook and a Windows laptop has sparked several controversial discussions. As the Chromebook has progressed, providing a simple and very user-friendly experience, Windows has also improved dramatically.

Chrome OS is a compact operating system as it is centered around Chrome app and web processes. On a Chromebook, all the programs you access come from the Google Play Store, unlike Windows 10 and macOS which both allow third-party software to be installed. As a result, you won’t have to worry about background processing or programs causing bottlenecks. However, this also implies that you cannot use your favorite Windows or macOS applications.

You have a wide range of hardware options with Windows, including clamshell laptops, convertibles with 360-degree hinges, 2-in-1 Windows tablets with detachable keyboards, and Windows tablets. The majority of Chromebooks are covers. However, when it comes to the interface, compared to Windows 10, the interface of Chrome OS is less complex and more user-friendly.

Generally, Windows works with almost all programs. The Chromebook is not the same in this case. While you can run many apps and games on Android-enabled Chromebooks, the Windows collection is more important in this regard.

Windows supports a wide range of photo editing applications such as Photoshop Elements and the rest of Adobe Creative Suite. On the Chrome OS web platform, you can find simple editing tools like Photoshop Express (for devices that support Android) and Pixlr Editor (for devices that don’t support Android). Windows is better suited for this purpose for novices and experts.

Although very useful, Chrome does not work with all extensions. If you’re using a Chromebook, you’re stuck with this problem. However, Chrome and almost all other web browsers can be used with Windows. In other words, you can customize your experience according to your preferences with Windows.

The main drawback for Chromebook users is the relatively small amount of space available on your laptop’s hard drive. You can use 100GB of Drive cloud storage for free for the first two years, but after that, you’ll have to pay $1.99 per month to use it. If you need extra capacity, you can also purchase up to 1TB of online space for $9.99 per month. A 30TB storage plan can be purchased for $300 per month by those who need a lot of storage. Windows, by comparison, provides a ton of storage. Those who keep large collections of pictures, movies, and other information will benefit from Windows’ local storage capability.

In conclusion, Chromebook and Windows have pros and cons. A Chromebook will work well for you if you’re comfortable in the cloud and want to perform tasks in a simple yet secure setting. However, Windows is the best option if you need strength and adaptability.

What is the notable difference between a cheap laptop and a high-end laptop
Wondering why laptops that cost half the price of some of the latest laptops are just as good at performing basic tasks?

The price of a computer is greatly influenced by the processor, which is the most crucial part and the heart of the computer. You will have to spend more if you have to deal with particularly heavy applications on a laptop. A cheaper laptop will have a slower processor that will struggle to handle demanding programs. Compared to cheaper laptops that only offer 4GB of flash storage, high-end laptops usually offer more storage space.

Inexpensive laptops have a resolution of around 1920×1080 pixels, which is Full HD resolution. The resolution of more expensive laptops, however, is 2560×1440 or 3840×2160. That’s a significant difference. High-end laptops often contain solid-state drives (SSDs), which are more powerful and efficient, but increase the cost.

With the reduced cost, you will have to compromise on certain features, battery life, display, and storage. However, if you don’t need a laptop for anything other than basic tasks, a laptop under $500 will suffice.