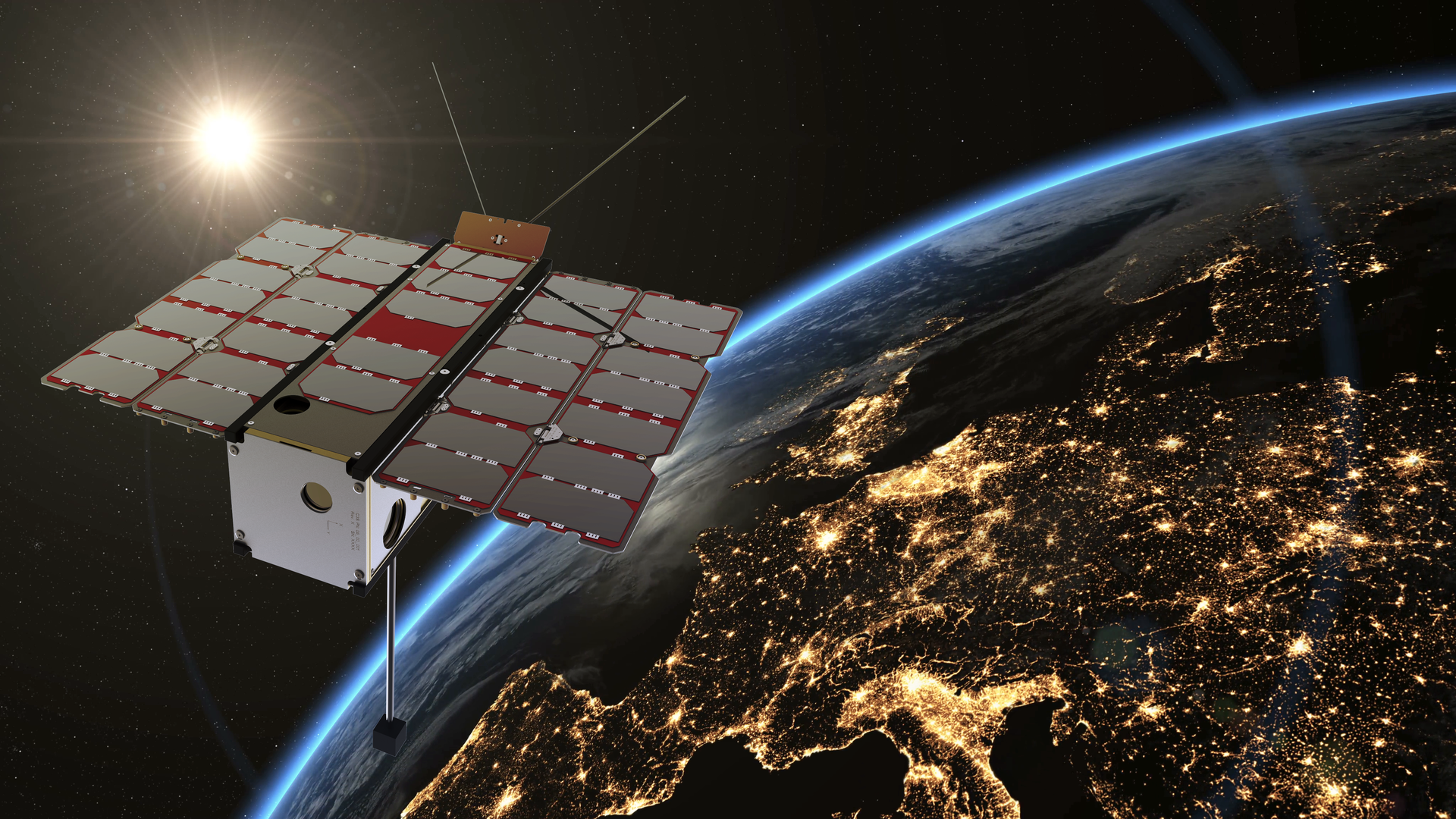 Magnetic technology typically found in your smartphone or computer hard drive has been flight-tested aboard a shoebox-sized satellite used to help monitor space weather in orbit earthly. The ‘magnetoresistive’ magnetometer design proven by ESA’s RadCube mission will now be flown on the Gateway station, in orbit around the Moon.

“We piloted a pair of three-axis sensors using magnetoresistive chips on board RadCube, one in the body of the nanosatellite and one on the end of an 80cm pole developed by Astronika in Poland, which allows it to escape all RadCube magnetic noise. says Jonathan Eastwood of Imperial College London in the UK.

“Known as MAGIC, these sensors are an order of magnitude smaller than the traditional science magnetometers our team produces for ESA planetary missions such as Solar Orbiter and the Juice mission to Jupiter, but they are always proven capable of achieving the performance defined by the ESA. space weather monitoring standards. The outer sensor operated for the first six months of the RadCube’s orbital life while the inner sensor is still returning data to this day.

Magnetoresistive chips are small, mass-produced semiconductor circuits for terrestrial markets, whose electrical resistance depends on the local magnetic field. They are common in smartphones for example, used to identify magnetic north to help the phone fix its orientation, and in the heads of hard drives, from where they read magnetically etched computer memory.

Dr Eastwood adds: “The classic ‘fluxgate’ magnetometric instruments we manufacture for ESA’s large-scale missions are rings of magnetically sensitive material wrapped in wire, analog in nature, but capable of exquisite magnetic measurements. However, these magnetometers have set minimum size, mass, and power levels, and the electronics box that controls them is almost as large as the entire RadCube nanosatellite.

“The MAGIC sensor, on the other hand, is based on magnetoresistive chips that we just bought off-the-shelf and then improved their performance for space. What we did was look at the samples to make sure we have selected the best chips for the sensor, while designing bespoke control electronics to maximize their operating performance.The result is a low-cost, miniature sensor that can be driven on many different platforms, such as a small constellation of satellites monitoring space weather, or mini-landers on planets or asteroids.

“The final step was to test MAGIC’s performance in space, which was made possible through the ‘Fly’ element of ESA’s General Support Technology program, supporting a wide variety of small satellites and CubeSats to give the European space sector many opportunities for the start-in-orbit demonstration of new space technology.

CubeSats are satellites assembled from standardized 10 cm boxes. RadCube is a “3-unit” CubeSat, launched in August 2021 on ESA’s Vega launcher. Tasked with demonstrating miniaturized payloads for space weather monitoring, its development was led for ESA by C3S in Hungary, which also supplied its new CubeSat platform, as well as the country’s Energy Research Center which provided its payload controller and a radiation telescope. An ESA team has provided the latest Chimera family payloads, testing off-the-shelf computing components for space.

Dr Eastwood notes: “We realized that MAGIC was a perfect fit for the RadCube mission, and the UK Space Agency agreed to fund us through GSTP. The energetic particles that the rest of the RadCube payload measures spin around and along Earth’s magnetic field lines to the CubeSat’s orbit, so having magnetic field measurements puts those radiation measurements in context, giving a much better overall picture of what is going on.

ESA’s Space Safety Program leads the development of operational space weather monitoring, as solar wind disturbances in the Earth’s magnetic field can have various effects on ground and space infrastructure, including orbiting satellites and communications and power lines on the ground. In 1989, the Canadian province of Quebec suffered a prolonged blackout after parts of its power grid were affected by induced currents.

“We took the ESA standard for space weather observations and used it to define our operational requirements, and the good news is that MAGIC met them,” comments Dr Eastwood. “We also had the opportunity to compare the MAGIC data with that of one of our traditional fluxgate magnetometers when ESA’s Solar Orbiter returned close to Earth during a flyby, helping it to steer to the inner solar system.

“We also performed cross-comparisons with ESA’s Swarm magnetic field measurement satellites and examined how magnetoresistive sensors could be used in the future to extend the reach of Swarm measurements.”

The outboard sensor ceased operation earlier this year, likely due to the broad temperature extremes experienced at the end of the boom throughout RadCube’s low-polar Earth orbit, with day-to-night changes every 90 minutes involving thermal cycles up to 100°C. Knowledge of failure guides the design of future iterations of MAGIC. The interior sensor remains operational, although its measurements are dominated by the magnetic environment of the RadCube itself, when artificial sources of magnetic field such as the reaction wheels of the attitude control system operate.

“We are increasingly convinced that the integrated sensor can meaningfully measure external geomagnetic events,” adds Dr Eastwood. “RadCube operations have been tailored to fly the satellite in as magnetically quiet a state as possible when the magnetometer is in use to minimize noise, and it might also be possible to apply machine learning to clean up its data to get the external variations that we’re most interested in.

Roger Walker, who oversees ESA’s CubeSats technology, adds: “It is a real advantage of in-orbit demonstrations on relatively fast and inexpensive missions using CubeSat platforms that researchers can experiment with new technologies before that they cannot be used operationally on a large flagship mission, where the risk is kept as low as possible.

Magnetic exploration of the moon

Now that MAGIC has proven itself in low Earth orbit, the same sensor will head into cislunar space as part of the European Radiation Sensors Array, an ESA-supported “space weather station” for the Gateway station in orbit. lunar.

Jonathan Eastwood explains: “The Gateway itself will be a magnetically noisy environment, but we should be able to detect the weaker magnetic signature of the solar wind and the deep ‘magnetic tail’ of the Earth’s magnetic field, through which the station will pass a times per month. , helping to assess the safety of the orbital environment for its human crews.”

ESA’s optional GSTP works with European industry to advance new technologies to the stage where they are ready for space and the open market. At the ESA Council of Ministers next November, CM22, the Agency will propose the extension of the GSTP to support European competitiveness and autonomy.

Thank you for liking

You have already liked this page, you can only like it once!