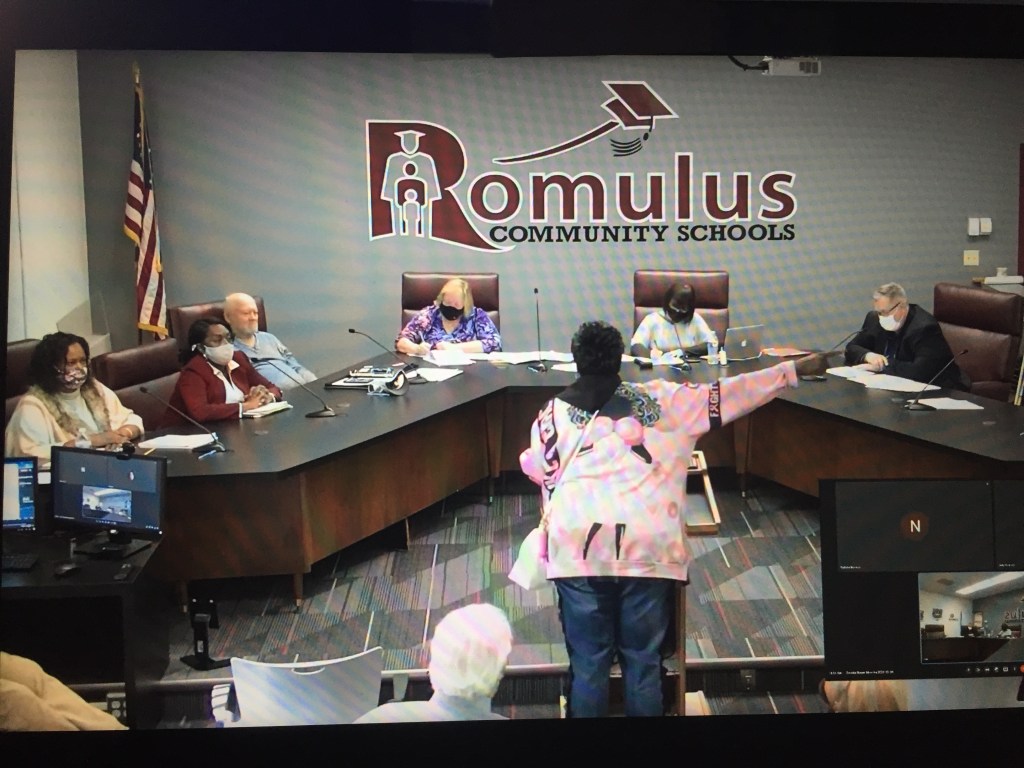 It looks like regardless of the time or location of the meeting, the residents and some board members are going to bring heat to the Romulus Community Schools Education Council meetings.

Short notice, while legal, caught many people off guard and unable to take time off work to attend.

Given the controversial nature of the issues discussed, some have speculated that this could have been the goal.

Nonetheless, one of the most critical topics discussed was a contract for Sean McNatt, the school’s acting principal.

In the split 4-3 board of directors on most district matters, McNatt was awarded a contract paying him $ 734 per day, which equates to a higher hourly rate than even the school’s current superintendent, the Dr Benjamin Edmondson.

The specified term is that the contract begins on September 28 and does not last longer than December 31.

This has once again made many people wonder when Edmondson, who is on paid leave, will return.

These questions were directed to Board Chair Debi Pyles, who once again confirmed that Edmondson was not under investigation.

Pyles said she never set the superintendent’s two-week termination deadline and said he would remain on leave until the investigation into the district’s finances was completed.

Several people objected, saying she had proposed the two-week deadline and accused her of not being honest about the matter.

When asked why the district chief had to be put on leave for an investigation that would not target him, Pyles said there was therefore no obstacle.

There was no answer as to why and where the Dec. 31 end date came from, noted that offering McNatt an idea for a calendar is more respectful than what is shown to Edmondson.

He was put on leave after a surprise resolution was read at the September 27 meeting, in which Edmondson packed his things while the resolution read and walked out.

He was followed by other board members who also seemed to be caught off guard by the action.

Pyles was criticized for the action that took place against Edmondson, but two other board members, Vice President Judy Kennard and Administrator Nichole German, were also in the sights at the special meeting. .

Linda Hester was one of many who attended the meeting in person and said she was ashamed of both Kennard and German for being in the majority vote.

In a trembling voice, she said that she had a stomach ache because of what she was witnessing from the painting.

She promised she wouldn’t stop working hard to get them ousted.

â€œWe’re going to quit work and pick you up,â€ she said.

One speaker said he had lost all confidence in the board because of the “leader of the pack”, referring to Pyles.

Another commenter suggested everyone consider how the friction seemed to start when Edmondson posted his personal choice for mayor of Romulus on social media.

Sandra French berated board members for not attending meetings in person, just calling or appearing on camera.

She accused them of “hiding” behind their computer screens.

She criticized the four majority board members, Pyles Kennard, Secretary Susan Evitts and German, for pushing parents to bring their children into the ‘madness’ they created and said:’ We will get you Get out of here “.