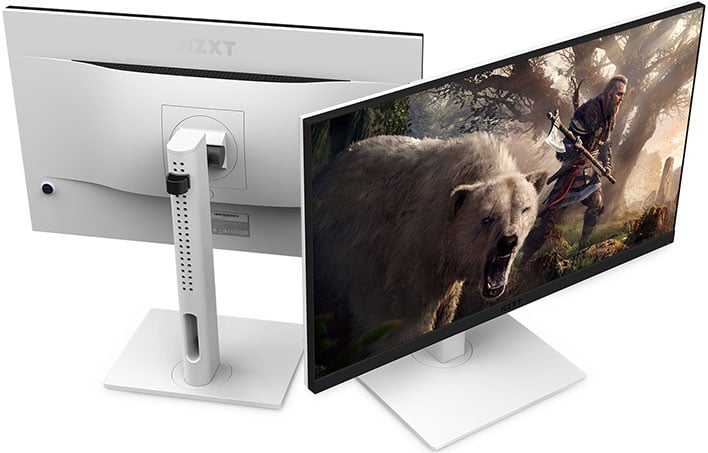 NZXT’s first monitors are aimed at gamers with a blistering refresh rate, but there’s a catch

By Patrick Centeno Last updated Jul 18, 2022
Share
NZXT is perhaps best known for its wide range of computer cases, but it also offers a range of PC components and peripherals, including all-in-one liquid coolers, power supplies, motherboards, keyboards, mice, etc. It even sells pre-built systems and kits. Now, it has officially added gaming monitors to the fray with the release of its first displays under the Canvas banner.

“Monitors are a window into any game world; they take you to faraway places and bring the action directly to you. Whether you’re into competitive PVP action or a relaxing walking simulator, Canvas is the bridge to those worlds,” NZXT says.

The idea behind Canvas is to mix “fast with expansive”, which is really a fancy way of saying these monitors have both gaming and content creation chops. There are two models up for grabs initially: a 27-inch flatscreen and a 32-inch curved monitor, both available in black or white trim.

Minus the physical size and curvature (or lack thereof), the base specs are identical. Both monitors are built around an IPS panel and feature 2560 x 1440 native resolution, 165Hz refresh rate, 1ms response time, 300 nits brightness, 1000 contrast ratio :1 and HDR10 support.

We’d be wary of our hopes of HDR10 performance at just 300 nits, but otherwise the specs seem decent enough. NZXT also claims 99% coverage of the sRGB color space, and both monitors are FreeSync Premium displays that are also certified as G-Sync compatible.

When it comes to connectivity options, you’re looking for a pair of HDMI 2.0 ports, a DisplayPort 1.2 input, two USB 3.0 Type-A ports, a single USB-C/DP Alt port, a USB-B 3.0 port, and a 3.5 audio jack mm. This is all wrapped up in a “bezel-less design” and they work well with NZXT’s CAM software to adjust various settings and create custom profiles.