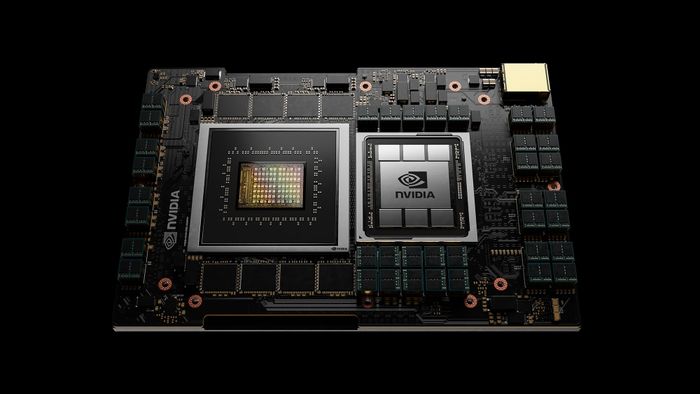 Nvidia thinks its Grace superchip will decimate the competition

At its recent GTC 2022 (opens in a new tab) disclosures, NVIDIA unveiled its Grace processor, which packs 144 Arm cores into a platform that Nvidia says is powerful enough to disrupt the traditional server market.

In its initial presentations, Nvidia said the Grace processor could deliver 50% more performance in a SPEC benchmark than two 64-core AMD EPYC processors with half the power consumption. Although the result provided was just a highly optimized benchmark, it showed that Nvidia mean business and adds a lot of context to Nvidia’s attempts to buy Arm. Since that attempt failed (opens in a new tab)this leaves the door open for others to attempt to purchase Arm (opens in a new tab).

Nvidia claims the Grace processor is on track to become the fastest server processor on the market when it ships in early 2023. Big and bold claims! But given Nvidia’s bullish momentum, who are we to argue. At least not before the ships are independently tested in a wide variety of benchmarks.

Since GTC, Tom’s Hardware has dug (opens in a new tab) and found another result, which simulates Grace CPU performance against Intel’s Ice Lake Xeon platform. If the result turns out to be accurate, or even nearly accurate, then Intel and AMD are ready for some mega competition.

Tom’s discovered a reference comparing Grace to Intel’s Ice Lake during part of a presentation by Nvidia vice president of its Accelerated Computing business unit, Ian Buck. The Weather Research and Prediction (WRF) model shows that Grace is twice as fast and 2.3 times more power efficient than Intel’s Ice Lake.

The Intel platform consisted of two Xeon 8360Y’ processors for a total of 72 cores and 144 threads. Nvidia says the platform pulled 572W in a 1-node configuration.

Of course, we have to be very careful when relying on vendor-provided benchmarks, which are often carefully chosen to show the best of a given platform. However, if these benchmarks are accurate and can be replicated, then Nvidia looks set to reclaim some of the lucrative HPC market.

Nvidia’s Grace CPU Superchip is an Arm v9-based CPU with 144 cores split across two dies fused together by a 900GB/s NVlink. The system offers up to 1 TB/s of memory bandwidth. That’s a huge number and explains why Nvidia chose to demonstrate limited bandwidth benchmarks.

The real question is: can future Arm CPUs become competitive gaming CPUs? If Arm processors make big strides in the high-performance computing market, maybe the gaming market is next…