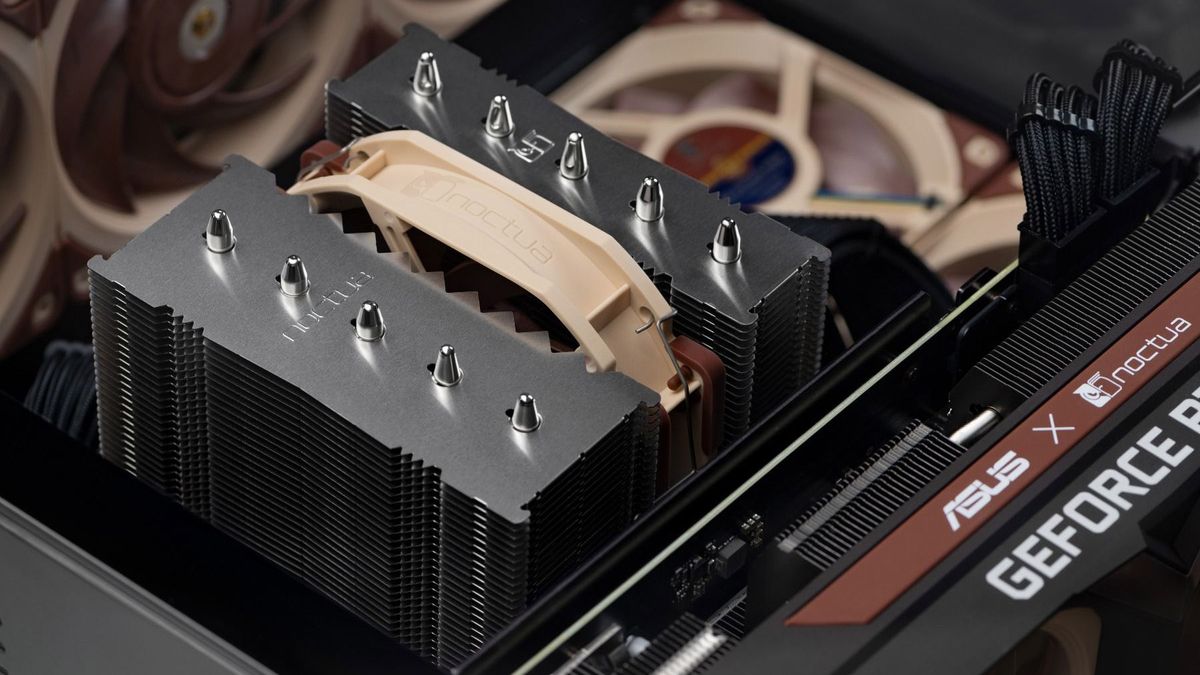 We’re big fans of Noctua coolers here at PC Gamer. The company’s coolers are generally among our top air cooling picks (opens in a new tab). The NH-P1 is a particular favorite (opens in a new tab) from several members of the PC Gamer team, myself included.

So it’s easy to see why we’re so excited that Noctua has launched its new NH-D12L dual tower cooler. (opens in a new tab). Its main characteristic is its reduced height. With a height of 145mm, it is much easier to integrate it into builds compared to the 160mm NH-D15. The more compact NH-D12L can still include a 120mm round frame fan mount.

Although the height of the cooler prevents it from fitting into a truly small form factor build, it is compact enough to allow compatibility with many mITX and mATX cases, as its vertical height is less than or equal to most full-size graphics cards once you factor in additional clearance for PCIe power cables. Even some ATX cases that can’t accommodate very large tower coolers should be able to fit the NH-D12L.

Interestingly, Noctua mentions compatibility with AMD’s upcoming AM5 socket (opens in a new tab). It indicates compatibility with Intel LGA1700/LGA1200/LGA115x and AMD AM4/AM5 motherboards thanks to its popular SecuFirm2 multi-socket mounting system.

The twin towers of the NH-D12L are of different sizes. The thinner of the two is designed to allow compatibility with large RAM modules. Noctua says the NH-D12L is capable of beating 92mm class coolers as well as larger 120mm models such as the NH-U12S. All things considered, the NH-D12L looks like a very well designed and engineered cooler. If it’s as good as our Noctua favourites, then we’re sure it’ll do well in the market.

Noctua has priced the NH-D12L at 89.90 EUR/USD. That’s not bad at all considering it includes the NF-A12x25r PWM fan which sells for EUR/USD 29.90 on its own. It includes up to six years of warranty and is rolling out to various global retailers starting today.