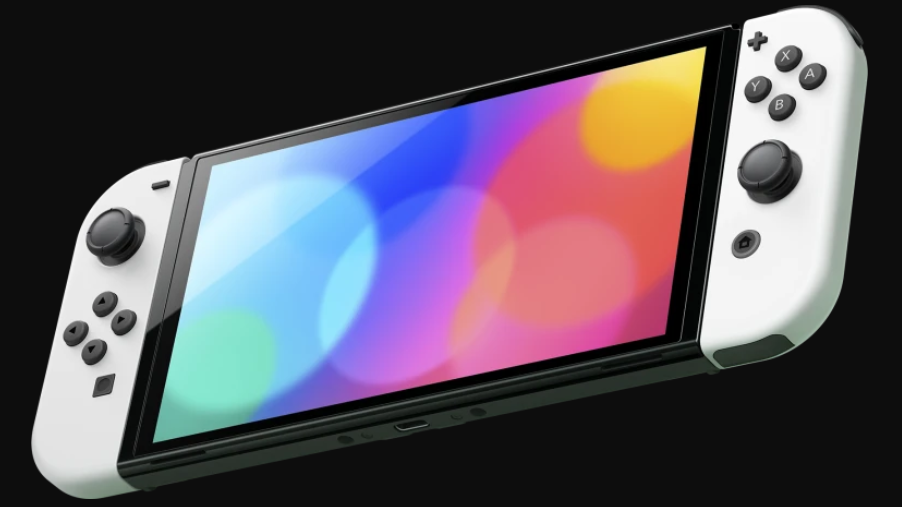 The Nintendo Switch is getting an upgrade, according to a series of surprise tweets from Nintendo’s Twitter account. The Nintendo Switch OLED model will feature a colorful 7-inch OLED display and a host of new (albeit small) hardware updates like larger storage (64GB), an adjustable and larger kickstand, and even a built-in Ethernet port. (a first for a Nintendo console). This leaves us to think that anyone competing in the portable gaming space may need to rethink their plans and take inspiration from what has made the Switch so successful over the past four years.

We’ve seen some serious attempts to reduce gaming PCs to portable proportions for making gaming on the go, like the GDP Win 3 Handheld Game Console, the OneNetbook OneXplayer, and the Concept UFO from Alienware. While the idea of ​​being able to play anything in your Steam library on the bus or train is super appealing. The balance of playing these games at an acceptable frame rate, decent enough resolution while keeping the battery alive long enough to actually enjoy those same games is a challenge we haven’t really seen yet. .

When I watch something like the next one Smach Z Handhelds, which have 1080p displays and an impressive spec list, I fantasize about how awesome it would be to dump all my favorite ROMs on it and treat it like the ultimate gaming emulator, with the addition of games from Game Pass or PlayStation Now.

But that’s a very expensive way to do it compared to a desktop PC, and none of them seem able to match the quality or aesthetics of the Switch’s hardware (a lot of pocket PCs are unfortunately pretty uggo). The OLED model seems to only widen the gap.

At $ 350, nearly a third of the cost of those systems, the OLED Switch gives you a bigger (and probably more vivid) screen. Yes, 4K Switch Pro fans haven’t been dreaming for years, and yes, the OLED Switch still only plays games at 720p in portable mode and doesn’t offer any performance improvements. But I can’t stress enough the quality of OLED displays. OLED displays have better viewing angles, deeper blacks, and excellent color and contrast. Depending on what they display, OLEDs can also be more energy efficient.

A new Switch with a bigger screen keeping the same battery life (according to Nintendo, that is) and only 20 grams more is an impressive achievement. Overall, the Switch is such a pleasant system that it’s easy to forgive its drawbacks. The OLED Switch will still experience the same gaming performance issue; Apart from a few notable exceptions, it’s not really known for its high frame rates, but more of a way to play Super Mario Odyssey anywhere you want. And the lack of some features like Bluetooth audio (again!), Which handhelds have been offering for some time, is a shame.

Whenever we come across a Pocket PC that uses a kitchen sink approach for features that are supposed to rival the Nintendo Switch, we end up telling ourselves how much better the Switch would be with the most minor upgrades to its sound. screen and its power. The OLED Switch appears to be exactly that, although it didn’t get the processor bump we were hoping for. But that new screen paired with such an easy-to-use interface (and, of course, Nintendo games) still makes the Switch the go-to portable experience.

Portable gaming PCs need to decide whether they want to be the affordable Switch alternative that will play all your favorite indie games on a long battery, or a tiny bit of graphics power that will give your gaming rig a run for its money. . They will probably never be both.