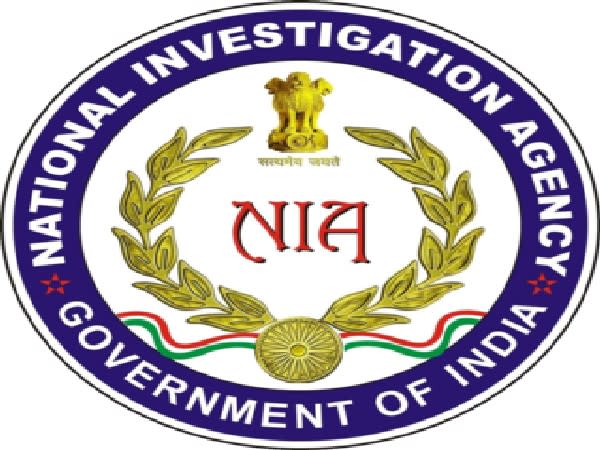 NIA raids at 16 locations in JK in “ISIS-Voice of Hind”, IED recovery case in Bathindi

New Delhi [India], October 10 (ANI): The National Investigation Agency (NIA) on Sunday carried out searches in 16 locations in Jammu and Kashmir in connection with two cases: the “ISIS-Voice of Hind” case and the ‘Bathindi IED recovery’ case.

The counterterrorism agency carried out simultaneous searches in various districts of the Union territory with the assistance of the Central Reserve Police Force (CRPF) and the Jammu and Kashmir Police.

The case was registered on June 29 this year as part of the outlawed terrorist organization Islamic State (ISIS) plot to radicalize and recruit impressionable young Muslims in India to wage a violent jihad against India.

The NIA said ISIS terrorists operating from various conflict zones as well as ISIS cadres in India have created a network by assuming pseudo-online identities in which related propaganda material to ISIS is being broadcast to radicalize and recruit members into the fold of ISIS.

The NIA had carried out several searches in Jammu and Kashmir on July 11 of this year in the same case and had arrested three defendants – Umar Nisar, Tanveer Ahmad Bhat and Rameez Ahmad Lone, all residents of the Achabal area of â€‹â€‹the district of ‘Anantnag.

A cyber entity ‘Abu Hazir Al Badri’, a key ISIS operative who is involved in the translation of ‘Voice of Hind’ into the languages â€‹â€‹of South India and its subsequent dissemination has been identified as Jufri Jawhar Damudi , and arrested on August 6 this year in a joint NIA and Karnataka police operation.

The agency said cyber identity is also being used to radicalize and recruit people.

â€œJufri Jawhar is the younger brother of Adnan Hasan Damudi who was arrested for ISIS-related activities in 2016 and is currently in custody in a separate NIA case,â€ the agency said.

Jufri Jawhar Damudi was in contact with the leadership of ISIS, currently operating in the Afghanistan-Pakistan (Af-Pak) region, which provided him with propaganda material and also gave instructions for its dissemination.

“To this end, Jufri had created several pseudonymous identifiers on encrypted chat platforms and was also a member of various ISIS online propaganda channels,” the agency added.

In previous searches in the â€œISIS-Voice of Hindâ€ case, the NIA claimed to have seized a large number of digital devices such as cell phones, hard drives, SD cards, etc.

However, the second case in which the NIA carried out raids relates to the IED recovery from Bathindi in which the agency searched on September 21 this year at eight locations in Anantnag, Baramulla, Kulgam, Srinagar, Doda and Kishtwar in Jammu and Kashmir. districts.

The case was originally registered on June 27 this year in the Bahu Fort Jammu district regarding the recovery of five kg of IEDs from a Lashkar-e-Taiba terrorist in the Bathindi area of â€‹â€‹Jammu on the same day.

LeT’s plot was to cause an explosion in Jammu using IED. The NIA re-registered the case on July 19 and had already arrested three people in the case.

The investigation revealed that Pakistani officials of the banned terrorist group LeT and their JK-based associates were planning terrorist activities in Union territory using the pseudo-acronym “The Resistance Front”, an offshoot of LeT, in order to maintain plausible deniability. (ANI)