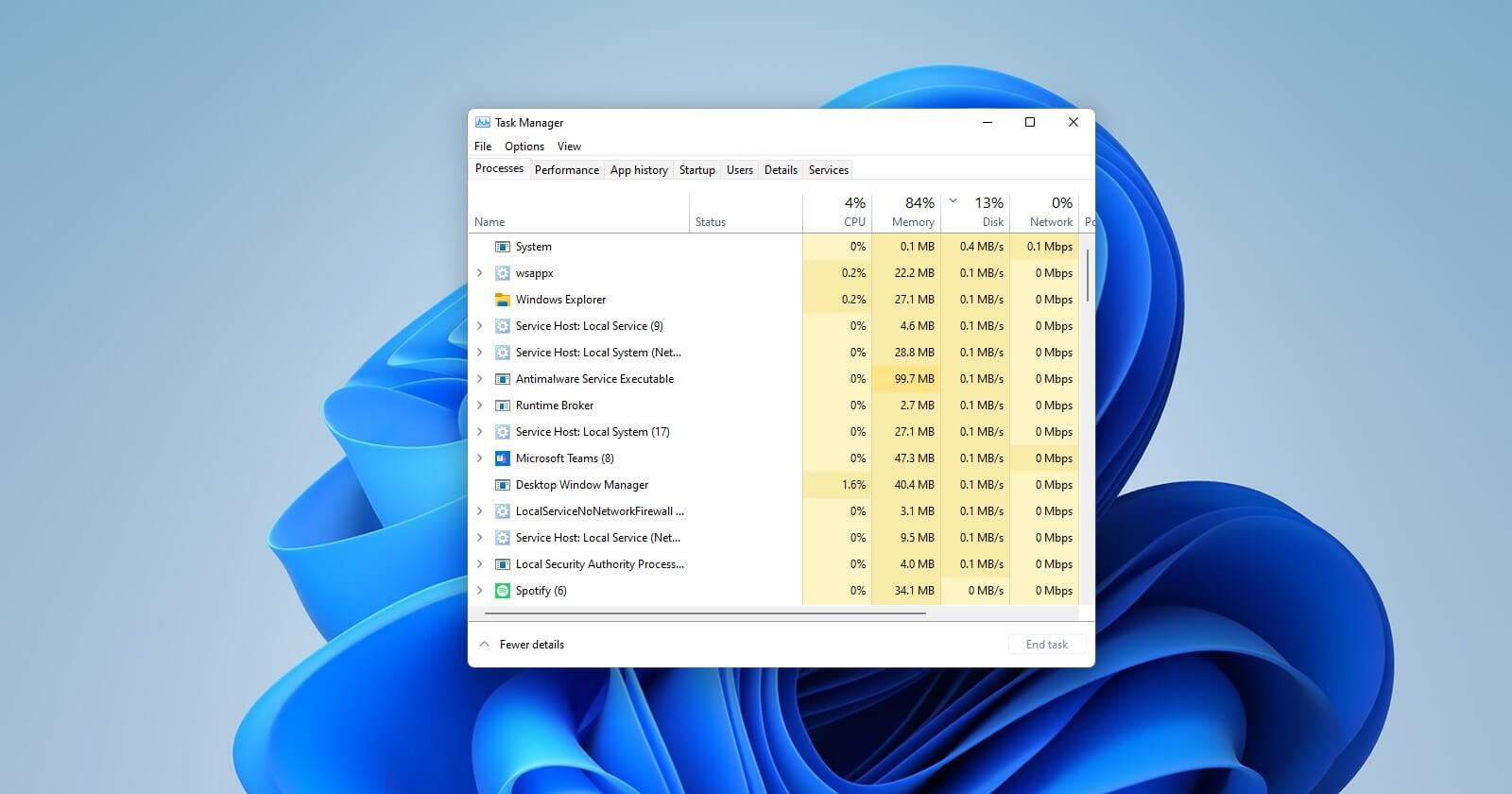 Windows 11 apparently has an impact on the speed of storage drives (NVM, SSD, hard drive) and Microsoft has confirmed reports going around social media.

Not everyone will be affected by the issues highlighted here, but some users have found that Windows 11 is particularly bad at slowing down various PCs unlike the November 2021 update for Windows 10.

Not only does Windows 11 slow down PC startups, but some people have also noticed that their storage drives offer slower I / O operations per second. Additionally, there is another bug that could reduce the read and write speeds of the drive running Windows 11.

If you are affected, your Windows 11 installation might act slightly slower than before. In most cases with a traditional setup, the difference between Windows 11 or Windows 10 won’t be dramatic or even noticeable, but you might experience performance issues when the system drive is actively used to install large apps or transfer files. .

In rare cases, Windows 11 may reduce the write speed of disks by up to 45%. Therefore, Windows 11 will not be able to load apps or open folders instantly.

The issue is also well documented on Feedback Hub, Twitter, Reddit, and Microsoft’s Answers Forum. According to sources close to the development, Microsoft is actively investigating the issue and a fix is â€‹â€‹already available through Windows Update. However, the fix is â€‹â€‹currently optional.

In a support document released on November 22, Microsoft also acknowledged the issue, first identified in August, and began testing a fix as part of the optional update (KB5007262) for the system. operation.

In a statement, Microsoft officials confirmed that the bug affects the performance of all drives (NVMe, SSD, hard drive). This happens when Windows 11 takes unnecessary actions in response to write operations. However, it is important to understand that the bug will not affect all partitions or all drives.

A Windows 11 performance issue occurs when a feature called “NTFS USN Journal” is enabled. In Windows 11, this feature is enabled only on the C: drive by default and the rest of the partitions or drives are unaffected.

From the number of reports, it appears that the bug is not widespread and could be due to the slow adoption of the new operating system.

Microsoft isn’t forcing Windows 11 on users like it did when it announced Windows 10 in 2015. Windows 11 remains optional and currently runs on a small percentage of PCs, according to data from third-party networks like AdDuplex.

Regular users can wait for the fix to be included in Patch Tuesday (security update), which is due to launch on December 14. If you think that your device is slower than before, you are advised to install the optional update (KB5007262). Optional updates are generally safe and tested / validated by Microsoft.