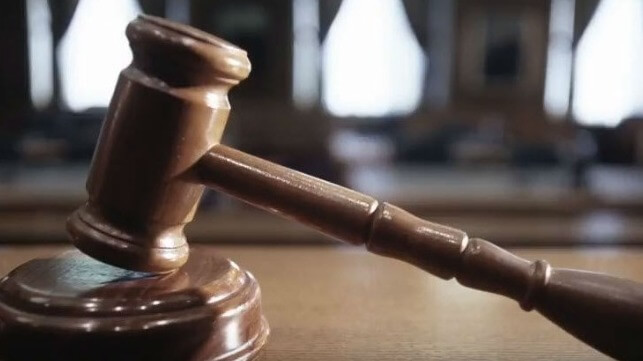 Five Russians charged with violating US oil and weapons sanctions

The US Department of Justice has charged five Russian nationals with evading US sanctions over Russian weapons and Venezuelan oil, then laundering the proceeds through banks in the US and UAE .

Russian citizens Yury Orekhov, Artem Uss, Svetlana Kuzurgasheva, Timofey Telegin and Sergey Tulyakov are accused of buying American-made components for Russian missiles and aircraft. In addition, they are said to have operated a second business activity in the Venezuelan oil trade with buyers in Russia and China, including a certain Russian aluminum company sanctioned in April 2018 and China’s largest oil company (CNPC). Both Orekhov and Uss have been arrested in Europe and are awaiting extradition to the United States.

Orekov and Uss are co-owners of Nord-Deutsche Industrieanlagenbau GmbH (NDA GmbH), an industrial equipment and raw materials trading company with offices in Hamburg. Kuzurgasheva worked for Orekhov on an alleged plan to find and buy ‘sensitive military and dual-use technologies from US manufacturers’, including advanced computer components for missiles, fighters, satellites and other equipment high-end military. Some of these components were routed to sanctioned Russian defense contractors vetted by co-defendants Timofey Telegin and Sergey Tulyakov. The Justice Department is confident that the components ended up in military equipment, as some of them were found inside Russian weapon systems on the battlefield in Ukraine.

To gain access to these components, Olekhov and other NDA employees reportedly told US manufacturers that the supplies would be used by civilian rocket company Roscosmos and other Russian space program companies. This simple lie was effective enough to be “a common method of sanctions-busting used by Russian actors,” according to prosecutors. In other deals, the components were allegedly smuggled through a Malaysian front company, using documents provided by an unnamed Malaysian defense official.

Orekhov allegedly told Ponce directly that he was acting on behalf of a sanctioned Russian oligarch who owns a Russian aluminum company, saying: “He [the oligarch] also subject to penalties. This is why we [are] acting from this company [NDA GmbH]. As a facade.

As is common in the oil trade to break sanctions, the alleged scheme involved large-scale tampering. Mentions of Venezuela were reportedly erased from all written records, and tankers involved in the deliveries were told to turn off their AIS at key times. During a 2019 expedition, Orekhov reportedly told his partners that:

“[He] is waiting for the transfer slip so he can show the shipping company he needs to turn off the GPS – remember they can’t at the moment due to insurance issues – but they will once that they will see the confirmation of the transfer. [He] will discuss with the sender about the traceability of [the] travel and watch @ the best possible way not to show Amuay [town in Venezuela] as her previous port of call.”

To make payments, NDA reportedly used bulk couriers, cryptocurrency, and daily wire transfers processed by US financial institutions. To make the transfers, Orekhov and his colleagues allegedly forged papers and selected banks that would not scrutinize their activity. “It’s the shittiest bank in the Emirates…they pay for everything,” Orekhov reportedly told Soto during a transaction.

“Front company networks, cryptocurrency and an international network of fraudsters failed to protect Orekhov and his cronies from arrest by US law enforcement. Eradicating the circumvention of export controls on military technology is one of the task force’s highest priorities, and today’s arrests reflect the power of those controls,” said group director Andrew Adams. American working KleptoCapture.

New series of hard drives for data centers and the cloud