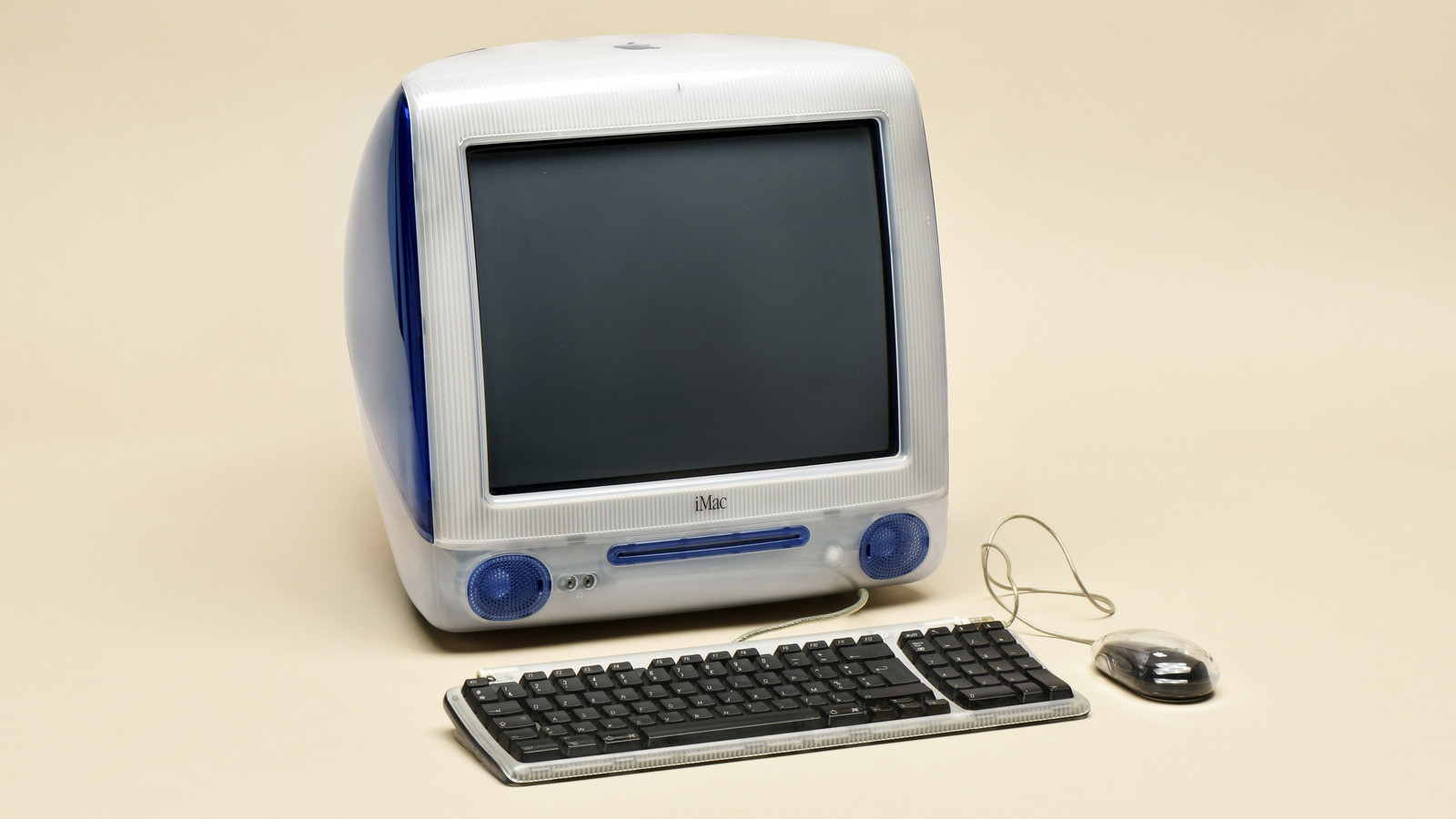 Before the iMac, personal computers tended to look more or less alike. Most came with an off-white or cream-colored shell and looked more at home in a factory setting than in your living room, basement, or computer room.

That changed with the release of Apple’s Bondi Blue iMac G3. This iMac G3 also has the notable honor of being the first Apple product with its iconic “i” stamped in front of the name. As explained by CNN Money, Jobs clarified in a Moneyline chat with Lou Dobbs that the “i” partly stands for “internet,” noting consumers’ desire to use their devices to access the booming web.

The iMac G3 was notable for its sleek design, which replaced the beige exterior common to computers of the time with a semi-transparent blue, named after Bondi Beach in Australia (via EveryMac). It also removed the external computer tower, housing everything in a compact all-in-one machine, which appealed to home computer users.

Inside the egg-shaped case, the first iMac housed a G3 processor, 32 MB of RAM, 4 GB of hard-disk space, a tray-loading optical CD-ROM drive, and an integrated modem. It launched in August 1998, targeting back to school, and received 150,000 pre-orders, effectively reviving the business (via Cult of Mac).

BMW turns to quantum computers to speed up car design