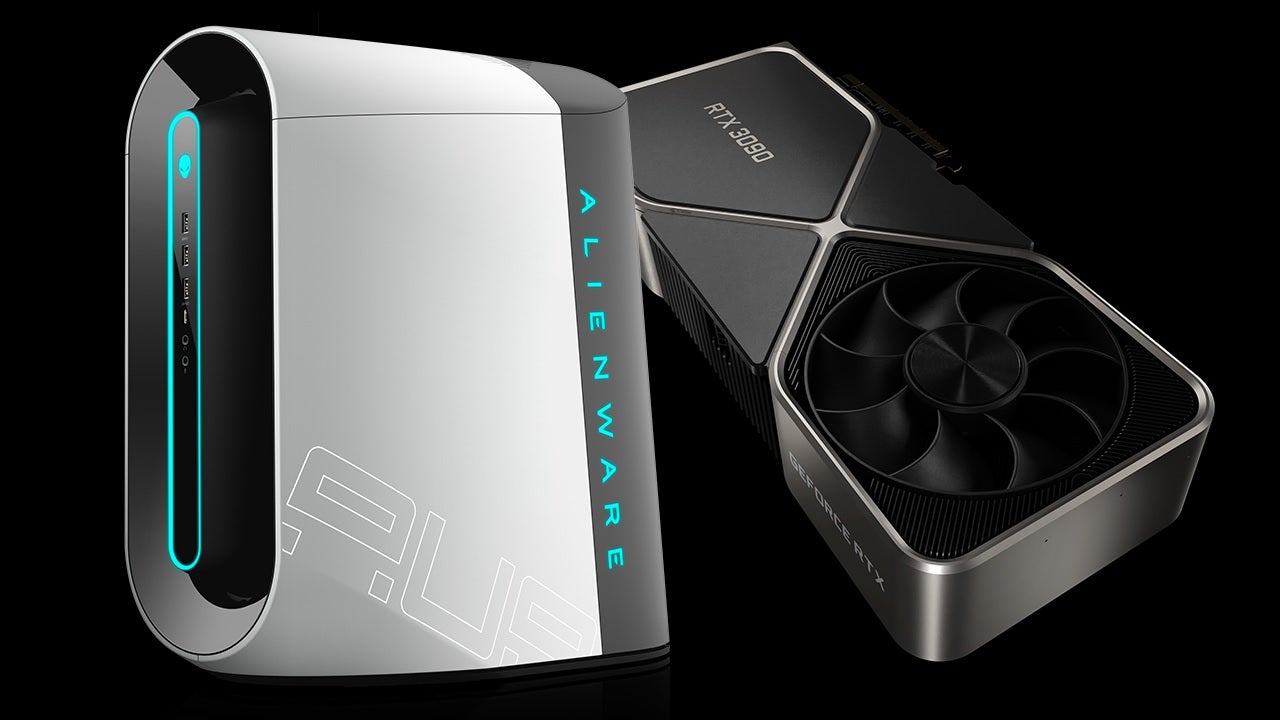 Do you need the best of the best? Can you afford that last paltry 3% performance boost, no matter the cost? So do we have a deal for you. Dell offers an Alienware RTX 3090 gaming PC at an excellent price. There’s even a $50 discount code that makes the deal a little sweeter. Compared to prebuilt RTX 3090 PCs from other brands, it’s about $1000 cheaper. It is also associated with excellent specifications.

The RTX 3090 is one of the fastest video cards you can get. The only faster card is the RTX 3090 Ti, which commands a tempting MSRP of $2,000, if you can even find it at MSRP. It’s a little faster than the RTX 3080 Ti in games, but it mostly shines in graphics workstation performance, where its 24GB of VRAM pushes it away from the rest of the pack by a very significant margin. The PC also has a liquid-cooled AMD Ryzen 9 5900 processor, one of the best processors you can get, a generous 32GB of RAM, and a 1TB SSD.

The RTX 3080 is far more powerful than the previous generation’s best video card, the RTX 2080 Ti, and is the best recommended video card for 4K gaming. The RTX 3080 Ti and RTX 3090 are the only (very slightly) more powerful cards, but they cost hundreds of dollars more. The RTX 3080 is paired with an AMD Ryzen 7 5900 processor, which is still one of the best processors around, whether for gaming or workstation purposes. It has also been upgraded with liquid cooling. The rig comes ready out of the box with 16GB of DD4-3200MHz RAM and a generously sized 1TB M.2 PCIe NVME SSD. Don’t worry, even the power supply is up to snuff with a sufficient power of 1000W.

The RTX 2080 SUPER may be a generation old, but it’s still a very capable video card. It roughly compares to the RTX 3060 Ti and supports both DLSS and ray tracing. It easily rivals RTX 30 series gaming PCs in the same price range. This PC also has liquid cooling for the CPU and a generous 1000W power supply.

The first QD-OLED panel on the market

After much anticipation, Dell is now offering the Alienware AW3423DW 34″ QD-OLED Gaming Monitor for $1299.99 on its website. While by no means cheap, this is the very first QD-OLED monitor we’ve seen and so the price is surprisingly reasonable for the new technology. No doubt due to the hype, there were some stockouts throughout the day, so don’t hesitate if you’ve been waiting for this release. The estimated delivery date has already been extended to April 30.

QD-OLED technology was a big hit at this year’s CES and Samsung won the ‘Best of Innovation 2022’ award for it. The QD OLED panel uses quantum dot technology to more efficiently produce higher peak brightness levels compared to traditional OLED TVs without losing the color accuracy and range and wide viewing angles that OLEDs are known for. Although Samsung is the one who made known the new technology, it is Alienware who will first delegate it to the consumer market with this AW3423DW monitor.

Aimbot does it in hardware