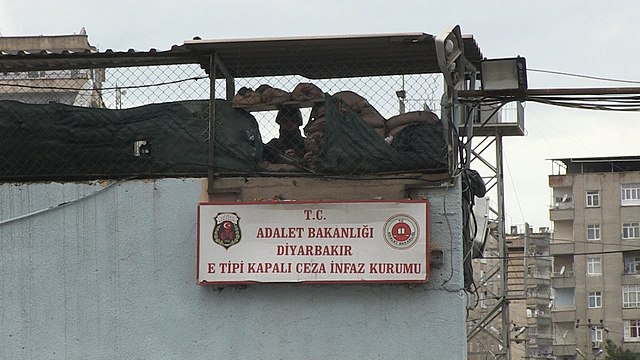 Journalists arrested in a massive raid in the Kurdish stronghold of Diyarbakir last week have been before the courts Wednesday to face terrorism charges.

Turkey has detained 20 journalists in the Kurdish-majority city of Diyarbakir in the southeast of the country. (Photo: Mahmut Bozaraslan, Wikimedia, License)This decision was condemned by local and international journalists’ associations as a crackdown on the free press as well as the Kurds.

The state-run Anadolu agency reported that more than 20 media workers had been arrested in connection with a Belgian and British television broadcast that authorities described as propaganda from a terrorist organization.

The International Federation of Journalists (IFJ) and its Turkish affiliates have condemned the arrests and the use of terrorism charges to criminalize journalism, and called for their immediate release.

“The Turkish authorities continue to repress journalists, accusing them of practicing terrorism. The IFJ strongly opposes these arrests and stands in solidarity with all Kurdish media professionals currently in prison for doing their job,” said IFJ General Secretary Anthony Bellanger.

“Journalism is not terrorism,” he added.

The Association of German Journalists issued a unanimous statement, with chairman Frank Überall saying that “this corresponds to Erdogan’s anti-media course, with which he has suppressed independent voices for years”.

Journalists in Turkey are often prosecuted for their work and those of Kurdish origin in particular.

“These raids were actually an unusual form of routine practice with which we [Kurdish journalists] are familiar,” Sedat Yılmaz, editor-in-chief at the Mesapotamia news agency, whose journalists are among those detained, told OCCRP in a phone interview.

“Usually they target individuals – but this one was more of a mass arrest,” he added.

The journalists were detained at Diyarbakır police headquarters for a week, where they were allegedly subjected to ill-treatment and poor conditions, according to Yılmaz.

Among the detainees are journalists from Jin News, a pro-Kurdish newspaper Mesopotamia News Agency, the Association of Journalists Dicle Firat, the Kurdish-language weekly Xwebûn, as well as the production company Pel Yapım.

The journalists’ lawyers were reportedly denied access to case documents and were not told why their clients had been arrested. They discovered the accusations through the media.

In addition to raiding journalists’ homes, police also searched the headquarters of Jin News and the production companies Pel Yapım, Piya Yapım and Ari Yapım in Diyarbakir. Yılmaz said the police had confiscated dozens of hard drives, computers and technical equipment, and were blocking the headquarters to stop the work of the remaining journalists.

Turkey is notorious for its crackdown on free speech and journalists critical of the government as well as Kurdish political activists.

In Reporters Without Borders’ 2022 World Press Freedom Index, Turkey ranks 149th out of 180 countries. On top of that, Ankara considers the Kurdish Workers’ Party (PKK) a terrorist organization and all detainees are Kurds.

The Committee to Protect Journalists issued a statement of condemnation on the day of the searches. The organization claims that Turkey kept 18 journalists in prison last year.

More than 800 journalists and 60 organizations signed a letter published Monday in Turkish, Kurdish, Armenian and English, expressing their support for the detained journalists.

“Although these policies of oppression and intimidation are very well known to the tradition of the free press, which works with dedication for the right of people to receive information, we will not grow accustomed to these operations and policies of bullying,” the statement said.

Another joint statement issued by 40 journalists, including prominent Turkish journalist Can Dündar, currently in political exile in Germany, drew attention to the targeting of Kurdish journalists. The arrests were aimed at preventing the flow of information and news about human rights and election violations, especially from the Kurdish region.

Dr. Rawashdeh points to the future of embedded systems – The Oakland Post