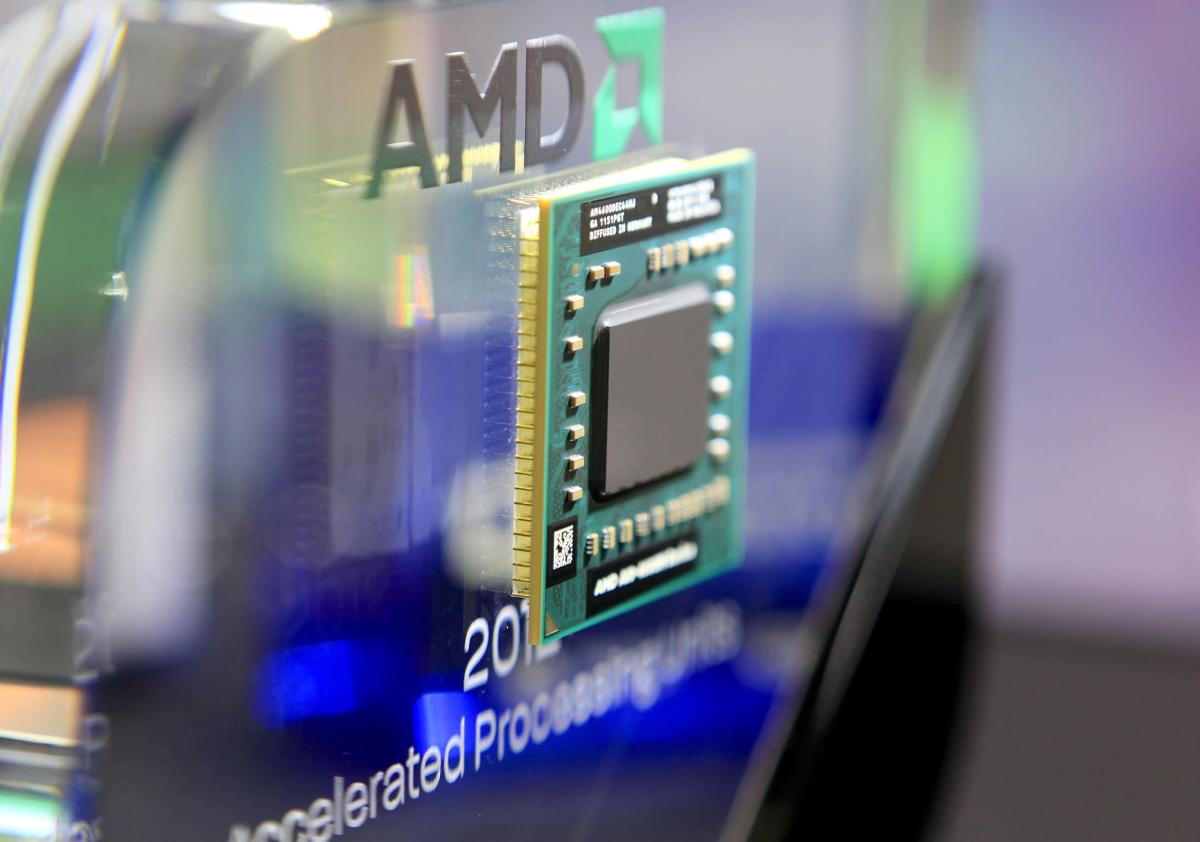 AMD was forecasting second-quarter sales of about $6.5 billion, compared to an average analyst estimate of $6.03 billion. That helped push the shares up as high as 8.3% late in Tuesday’s trading.

The outlook helped ease worries about a slowing chip market – and signaled that AMD is making further gains on Intel Corp. The company, which for years has lagged Intel in computer processors, is poised to end 2022 with nearly four times as much revenue as 2019. New products and better execution have helped AMD conquer customers who were once skeptical of its abilities.

AMD’s outlook contrasts with a recent forecast from Intel, which was hurt by a buildup of inventory at some of its PC customers. The return of Covid-related lockdowns in parts of China has also reduced the supply of components needed to complete devices, Intel said. Other chipmakers, such as Texas Instruments Inc., said the disruptions were also hurting growth.

AMD’s forecast includes a boost from its acquisition of Xilinx Inc., a deal it closed in the first quarter.

“Each of our businesses experienced significant double-digit year-over-year growth,” AMD CEO Lisa Su said in a statement. Growth in the existing business and the acquisition of Xilinx both helped boost expectations for the full year, she said.

AMD has lowered its expectations for the personal computer market this year. The company previously forecast no growth in PC shipments from 2021, but now expects a decline in the single-digit percentage range, Su said. AMD will be less affected by this as it continues to gain market share, especially in more expensive models, she said.

Despite AMD’s rapid growth, investors have avoided the stock this year, amid a broader decline in semiconductor stocks. Investors are especially wary of chipmakers that have made rapid gains over the past three years, fearing a meltdown is near. AMD closed at $91.13 in New York on Tuesday, down 37% on the year.

The latest forecasts suggest that AMD still has momentum. Under Su, the company developed cutting-edge components and outsourced production, something its predecessors struggled to do. This led to more chip customers abandoning Intel in favor of AMD.

Intel CEO Pat Gelsinger, who took the helm last year, is plotting his own turnaround. He now claims that his company offers better PC processors than AMD and will regain market share.

Unlike Intel, which manufactures its products in-house, AMD works with Taiwan Semiconductor Manufacturing Co., giving it access to better technology. Using the latest manufacturing techniques can improve the way chips process data and the amount of information they store.

While TSMC has overtaken Intel in technology capabilities, it has struggled to keep up with chip demand. But AMD has an advantage over other TSMC customers. Its products are among the most expensive items coming out of Taiwanese factories, theoretically putting it in a better position to get the supplies it needs.

AMD is also the second largest maker of graphics chips used in expansion cards by PC gamers. It competes in this market with Nvidia Corp. and will face further opposition from Intel, which has started offering products for this segment for the first time in years.

AMD reported first-quarter earnings of $1.13 per share excluding certain items, well ahead of the estimate of 92 cents. Sales increased 71% to $5.9 billion, beating the forecast of $5.3 billion. The first quarter also included contributions from Xilinx.

The chipmaker forecasts annual revenue of $26.3 billion for 2022, a 60% gain from the previous year. This compares to an average estimate of $24.1 billion.

AMD is gaining ground with the biggest buyers of computer processors, owners of the giant data centers that are the backbone of the internet. Some 48% of all new processors installed in these data centers were purchased from AMD in March, according to Jefferies & Co. analyst Mark Lipacis.

(Updates with AMD’s outlook for the PC market in the seventh paragraph.)