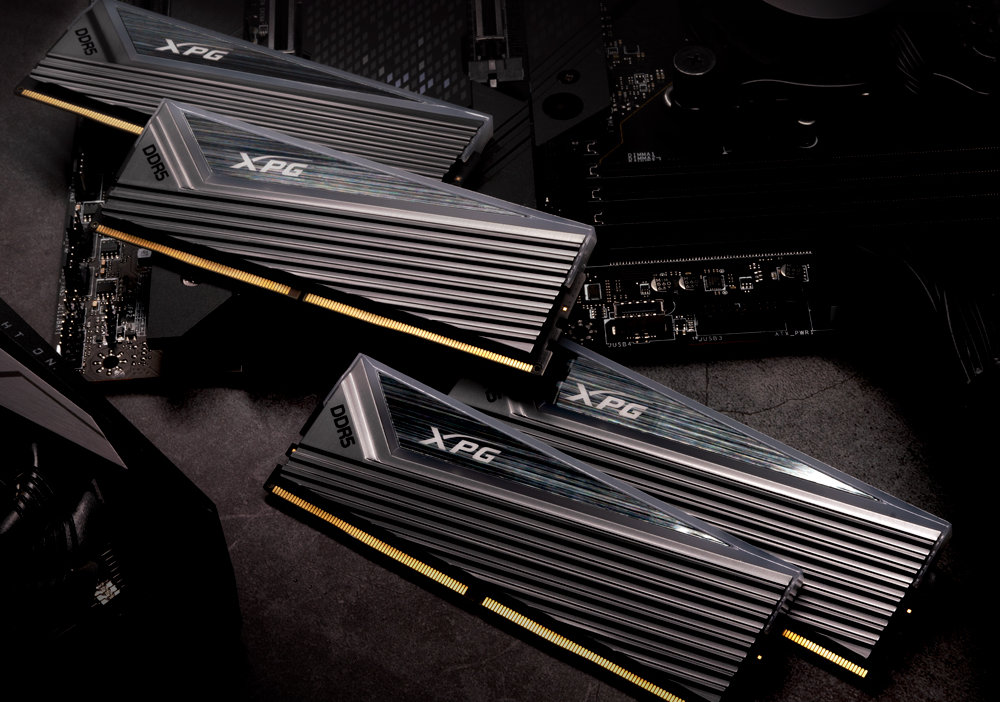 ADATA XPG has unveiled its new series of CASTER DDR5 memories, with RGB lighting options and an incredible 7000 Mbps power, and a memory capacity of 16 GB. XPG CASTER memory is manufactured with an On-Die ECC and PMIC for higher levels of reliability and stability. XPG is known for its exceptional computer components, peripherals and PC systems for gamers, enthusiasts and esports gamers.

Featuring steel gray heat sinks, striking and aesthetic triangular RGB light and futuristic shape, ensuring that consumers will feel the speed of their DDR5 DRAM while having an increased level of style and sophistication. RGB lighting is 100% customizable, allowing DDR5 memory to react to music via Music mode or vary effects via included motherboard controls.

This announcement follows the launch of their XPG LANCER DDR5 DRAM, available with 16 GB of memory, 5200 Mbps, and offering both single and dual channel kits. Next year XPG plans to release a 6000 Mbps version in the LANCER family. XPG has been adding to the DDR5 market since the release of the Intel Alder Lake processor family for not only new next-generation technologies, but also a higher level of efficiency of computing components in smaller form factors than options. previous generation for consumers, gamers and OC Enthusiasts.

XPG is also set to launch the all new XPG HUNTER DDR5 DRAM at a later date in 2022. ADATA XPG HUNTER DDR5 memory is the next generation version of the company’s current XPG HUNTER DDR4 DRAM series, but will feature no only improved performance. of 5,200 Mbps, but also an updated heatsink design to follow in the footsteps of their various next-gen offerings for 2022.

Strains – not species – of gut microbes key to health and disease

9 MacBook Pro tips everyone should know