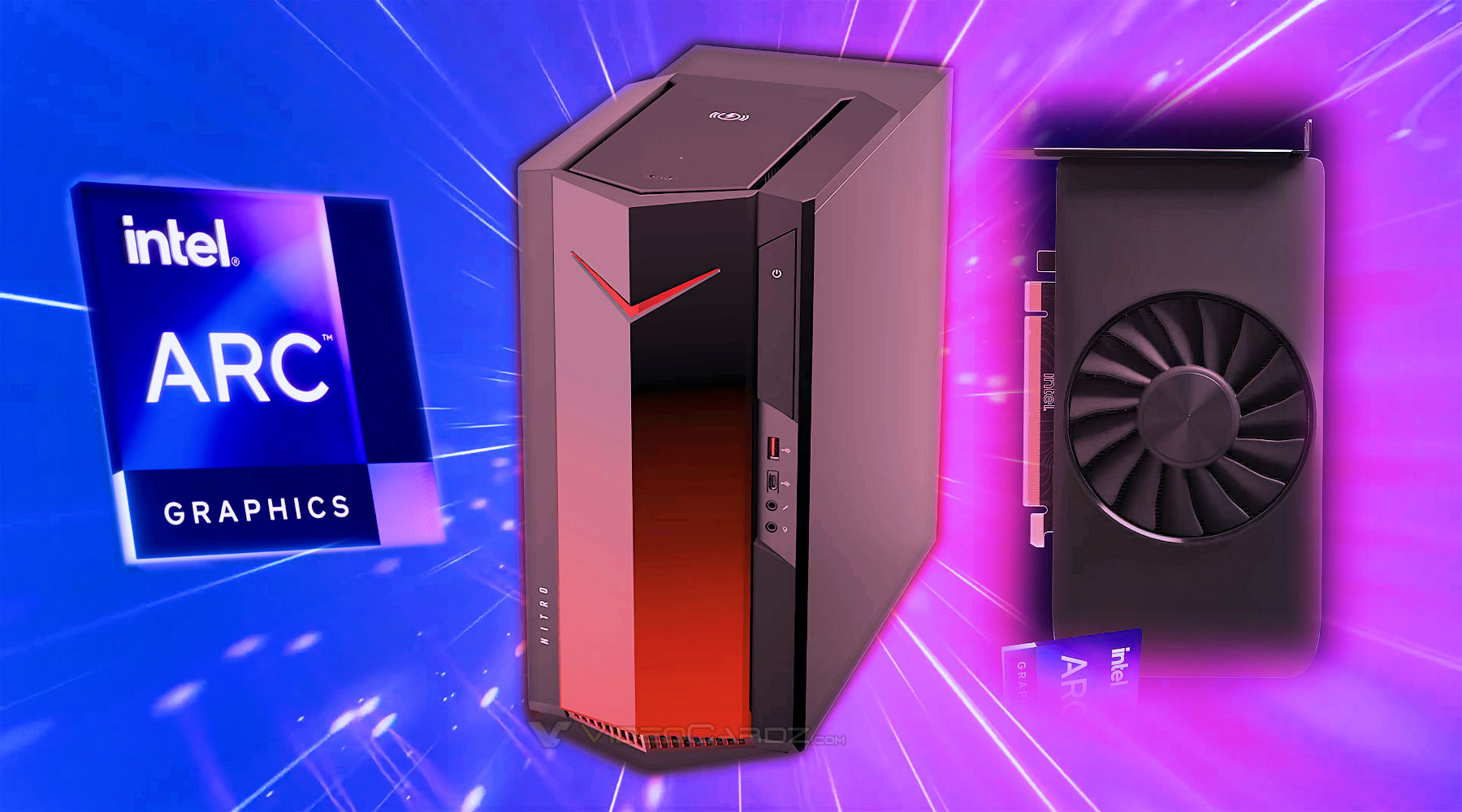 The N50-640 is a pre-built gaming PC with the latest 12th Gen Intel Core CPU and low-end to mid-range GPUs like GTX 1650 or RTX 3060. It looks like Acer is now offering the first system with Arc GPU, namely the A380. It is so far the only desktop GPU that Intel has licensed for sale outside of China.

Acer NITRO PC was listed by French retailer called Boulanger. It appears to be the first listing in Europe featuring this particular setup, but it’s the first for good reason. This PC won’t ship until October 8, assuming the availability date is correct on the product page. This means that the offer is basically a 2 month in advance pre-order page.

This PC is equipped with a Core i5-12400F processor, 16 GB of DDR4 memory and 500 GB of SSD storage. It comes at a relatively high price of 949 EUR. Interestingly, the retailer offers an almost identical system with RTX 3060 for only 50 EUR more, the only difference being the HDD and half the storage memory. The 16GB/SSD variant of the RTX 3060 system costs EUR 1,500, which is way more than it should cost. 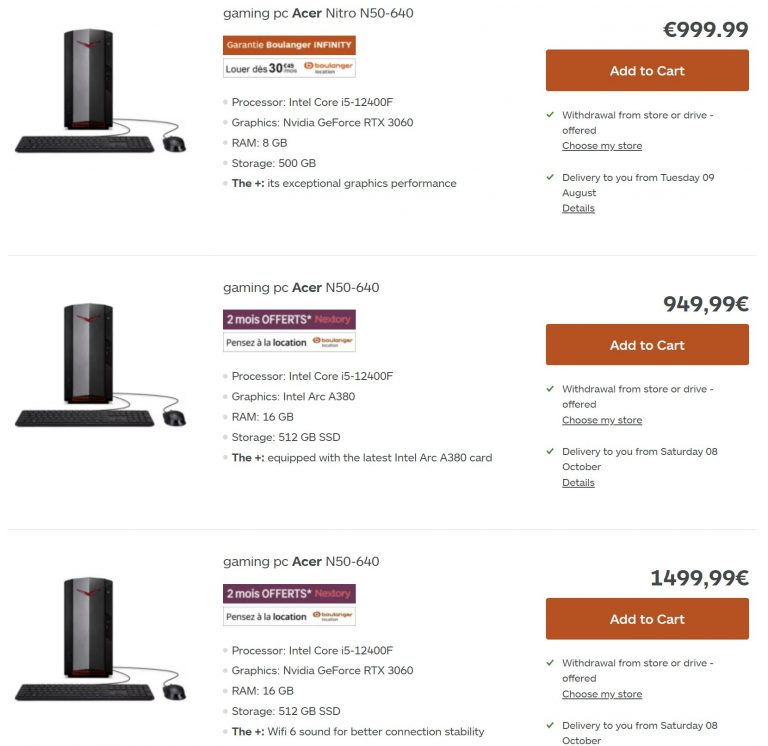 It should also be noted that the MSI PRO DP130 system is now also officially listed. This is the first mention by a card partner of the Arc A310 GPU, Intel’s slowest card based on the DG2/Alchemist architecture. Although not pictured, this GPU is very likely to resemble the A380 LP which was confirmed by MSI yesterday. The official specifications of the A310 are not yet known, but it is rumored to be 4 or 6 Xe-Cores. MSI doesn’t confirm the memory configuration here, but it’s probably 64-bit and up to 4GB capacity.