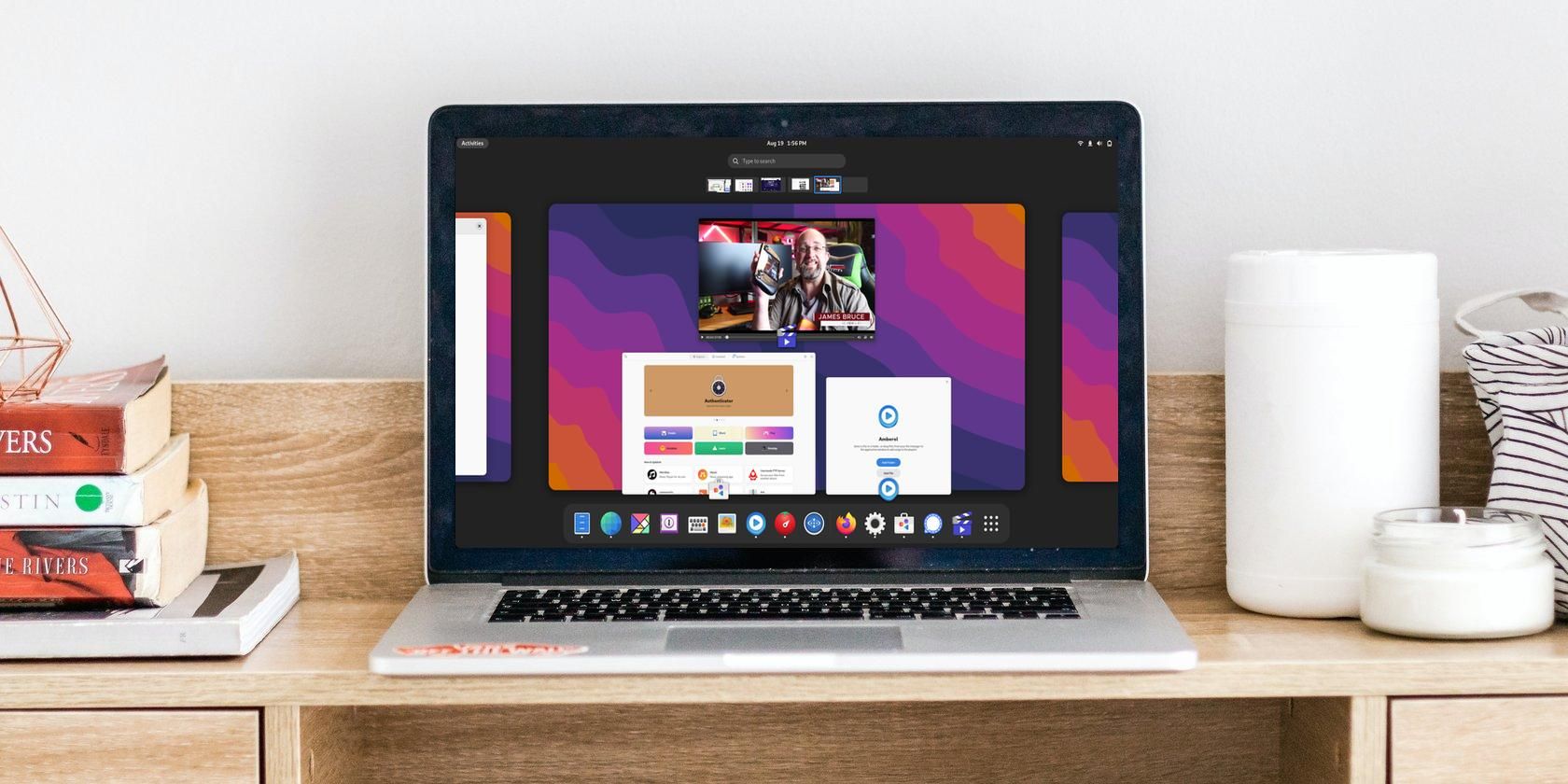 6 Ways Linux Has Changed Over the Years

The use of Linux today is very different from that of five or ten years ago. The most popular desktop environments no longer seem stuck in the 90s. Although you still need technical knowledge to install Linux, you no longer need to be a computer expert to use it afterwards.

This change happened gradually, so here’s a compilation of some specific ways the Linux desktop experience has changed over the past decade.

Application design has changed on all desktop operating systems in recent years, and this trend has not ignored Linux. Traditional elements of desktop interfaces such as toolbars, title bars, and menu bars are now increasingly obsolete.

The most popular Linux desktop, known as GNOME, uses a single header bar containing icons and a hamburger menu button. Some newer GNOME applications have no boundary between window content and a header bar. The same goes for apps on elementary OS.

This change did not come to all Linux workstations. Many traditional interfaces still exist and remain popular, such as Cinnamon, MATE, and XFCE. Yet even on these desktops, chances are you’ll still be installing apps with the new design sense at some point. The various KDE Plasma-based distributions embody this intermediate state, with some applications having either menu bars or hamburger menus (or both).

PC applications, in the beginning, were relatively static. The elements did not move much. If you shrink a window too much, you risk hiding content or interface elements.

Now, applications are increasingly adaptive, changing to accommodate small window sizes and sometimes completely rearranging their interfaces in the process. This allows a single application to work comfortably on desktops and mobile devices, just like responsive websites.

This is another change in application design where GNOME is most advanced, but other desktops are also making the transition. KDE Plasma has a separate framework called Kirigami that provides an application interface that adapts well to all form factors. Elementary OS is making apps more adaptive as part of its transition to GTK 4.

3. Linux looks as modern as the alternatives

Years ago, switching to Linux felt like stepping back in time. GNOME 2.x and KDE 3.x looked like stuck environments in the 1990s, even though they added modern features. Embracing software freedom meant losing some luster and bling.

Nowadays, the distance between free software desktops and their proprietary counterparts is much smaller. GNOME arguably has as cohesive and cohesive a design language as macOS, if not more. Desktop animations and transitions are smoother than on ChromeOS. And it’s easy for a passerby to confuse KDE Plasma with Windows.

Of course, there are plenty of Linux desktops that still feel stuck in time. MATE and XFCE exist in part to preserve the old way of doing things. But if you want something that looks modern, Linux has it for you now.

4. Apps are easier to discover and install

Installing software on Linux has long been a mixed comeback. For one, Linux has had package managers for a long time, which functioned like app stores before app stores were a thing. If your distro provided an app, you could install it with a single click or command. But if your distro didn’t provide an application, or if it provided an outdated version, getting your hands on that program was a pain.

You had to compile the program from source or add additional software sources to your system, a change that increased the risk of encountering bugs or crashes. The software you can run depends a lot on the distro you choose.

There are now several universal package formats that work on most versions of Linux. If an app is available in Flatpak, Snap, or AppImage formats, chances are you can simply download the program and run it on your machine.

Flathub (for Flatpaks) and the Snap Store (for Snap packages) provide centralized sources of most of the software you’re likely to want, along with continuous updates. So apps aren’t just easier to find, they’re easier to keep up to date. Even beta or experimental software is now easy to run with little or no risk to your computer.

Linux is its own operating system, so it works in its own way. Not only that, there is no single shape or form that all Linux desktops take. As a relatively niche choice, most of us don’t necessarily know someone in our personal life who is running Linux, nor can we take our PC to a big box store to get some assistance.

This increases the need for Linux itself to help us learn to use the computer. Fortunately, this is one area where the office has come a long way. Ubuntu, the most popular version of Linux, forged new ground many years ago when its installer introduced people to various aspects of the Ubuntu experience.

Nowadays, GNOME provides a Tour app that opens on first boot and walks you through using the GNOME interface, and the Help app goes more in-depth. Elementary OS provides an onboarding experience comparable to using a mobile device. Some distros do a good job of providing an application packed with resources specific to their particular distro, as is the case with Ubuntu MATE.

There is not a single company that produces or controls Linux. Instead, the entire ecosystem consists of many people, most of whom are volunteers, creating software that interacts with other software to produce a functioning computer.

Linux is technically just the kernel, the part that allows what you do on the screen to communicate with your physical hardware. But there are many layers between what you see and what you click, and those layers have become more powerful and better integrated.

systemd, for example, handles much of your computer’s startup and background processes. It can handle user login, device management, and network connections. Traditionally, disparate programs handled all of these different tasks. Centralizing the experience has helped distros achieve faster startup speeds and fewer bugs.

Similarly, Wayland is a modern display server protocol that better integrates with the Linux kernel and allows for stronger security. Wayland helps produce smoother animations and gestures than the system it replaced. Then there’s PipeWire, a newer technology that makes it easier to use Linux for audio production.

Is all this change universally welcome? Not without controversy. Modularity is, after all, a big part of the Unix way. Still, distros chose to adopt these components because they ultimately led to a better experience for most users.

Linux is not done changing

The Linux desktop has changed over time, but increasingly, the Linux desktop is only part of the story. Various Linux desktop environments are now appearing on smartphones and tablets. They’re not quite ready to take on their proprietary counterparts just yet, but progress is being made and devices like the PinePhone Pro come with Linux pre-installed.

If you’re new to Linux and have no idea what the old days were like, you can still experience it for yourself. Just install one of the more conservative Linux desktops, like MATE. But remember, you always have other options available if a particular desktop doesn’t fit the bill.

What is a CTF loader and how do you fix its high CPU usage?