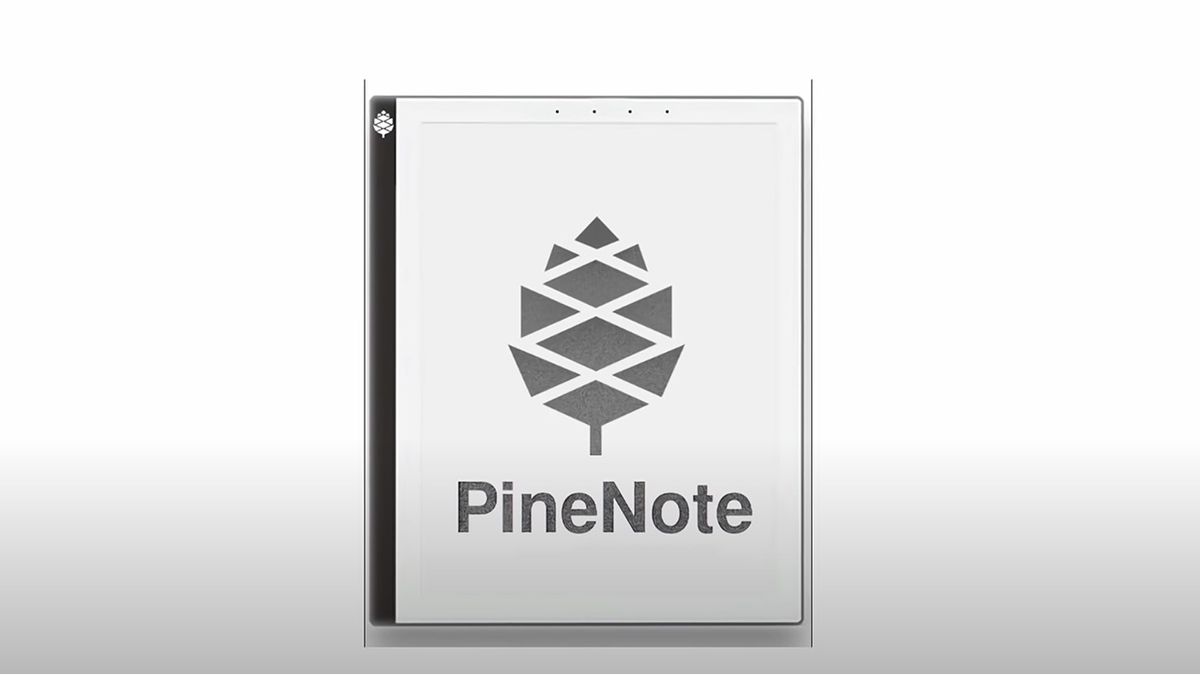 PINE Microsystems, producer of Raspberry Pi alternative single-board computers, has announced the PineNote, an e-ink tablet powered by the same SoC found in the Quartz64 single-board computer. The first batch of units comes with a caveat, don’t expect to write your thesis or read too many eBooks unless you have the coding skills to make it happen.

For those unfamiliar with the Quartz64, it was released in June 2021 and features a 64-bit Rockchip RK3566 Quad-Core ARM Cortex A55 processor with a MALI G-52 GPU. Key features include an open PCIe x4 slot (on model A, which also has the e-ink interface) or M.2 (for model B) electrically using a Gen 2 lane and up to 8 GB of LPDDR4 RAM .

The PineNote processor is clocked at 1.8 GHz and uses the entire eMMC, plus 4 GB of RAM. Wireless connectivity is provided by 5 GHz Wi-Fi and Bluetooth 5, and the 10.3-inch e-ink screen has a resolution of 1404×1872 pixels, for a density of 227ppi. The screen can be rotated using a built-in rotation sensor. The screen can only display 16 levels of gray, but it is a full multi-touch panel with a pen digitizer, and the front light has 36 levels of intensity. There are stereo speakers and four built-in microphones, but no webcam. Charging the on-board 4000mAH LiPo battery is via USB-C.

At just over 7mm (0.27 inch) thick, it’s thinner than a Kindle Oasis 3 and should be available later this year for $ 399 – though there are some pretty sound caveats on it. its software status webpage when you first get it: “… you should expect to write software for it, not write notes on it.” The software shipped from the factory for the first batch will not be suitable for note taking, reading eBooks, or writing your dissertation. It may even not start in a graphical environment ”. So be warned.

What were you doing in elementary school? These Frisco kids make $ 32,000 a month mining Ethereum