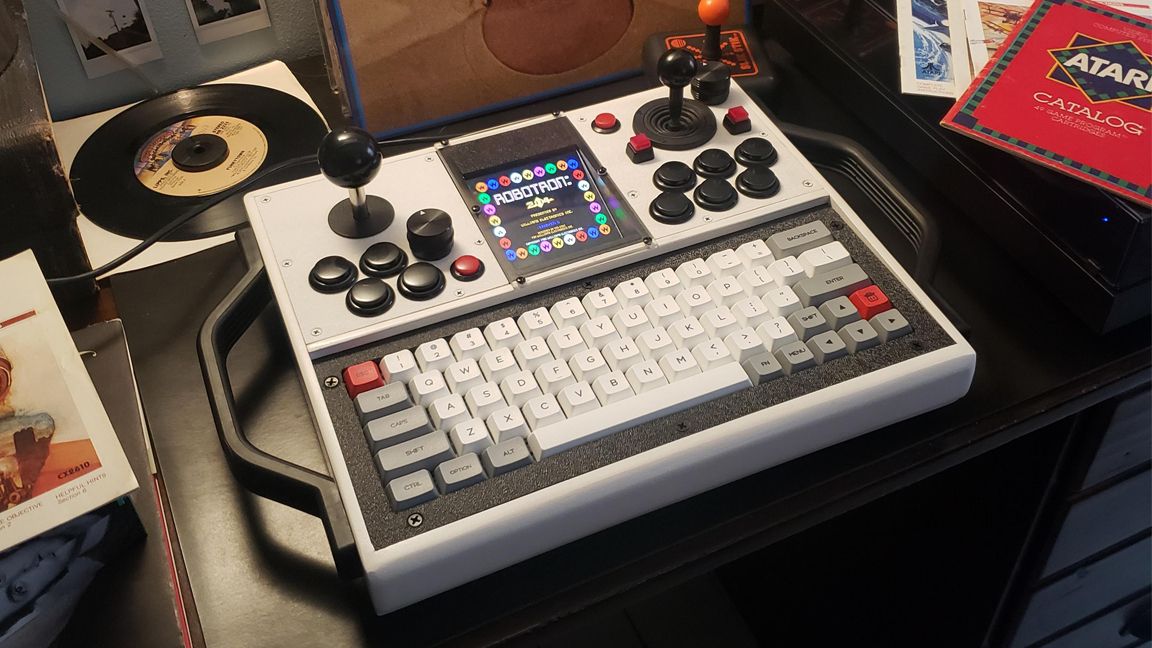 We have covered many Raspberry pie cyberdecks over the years, but we’ve never seen one like this, made by a manufacturer known as Crookdmouth in Reddit. This cyberdeck provides essential computer functions and doubles as a 2-player portable arcade with a retro PC design.

According to Crookdmouth, the TRS-80 MC-10, which they had growing up, and other machines in the coco (colorful computer) family were the inspiration behind the design. It has a small screen between two sets of arcade controls along the top, while the bottom consists of a mechanical keyboard. There are two handles on the sides for portability. Of course, that wouldn’t be a Raspberry Pi project without Pi inside.

Crookdmouth chose to use a Raspberry Pi Model 3B for this project with a Pimoroni HyperPixel 4.0 Square for the display. The unit can run on the go with an Anker PowerCore 26800, providing up to 12 hours of continuous power.

Crookdmouth built the case from scratch. The case is mostly made of wood with a sleek gray and black color scheme. An on / off switch can signal power to the unit via battery or utility power. Some ports are accessible from the sides, including a MicroSD slot, a USB port, an HDMI port and a 3.5mm audio jack.

To take a closer look at this project, check out the original thread shared on Reddit and explore the Imgur album for more details on the creation process.